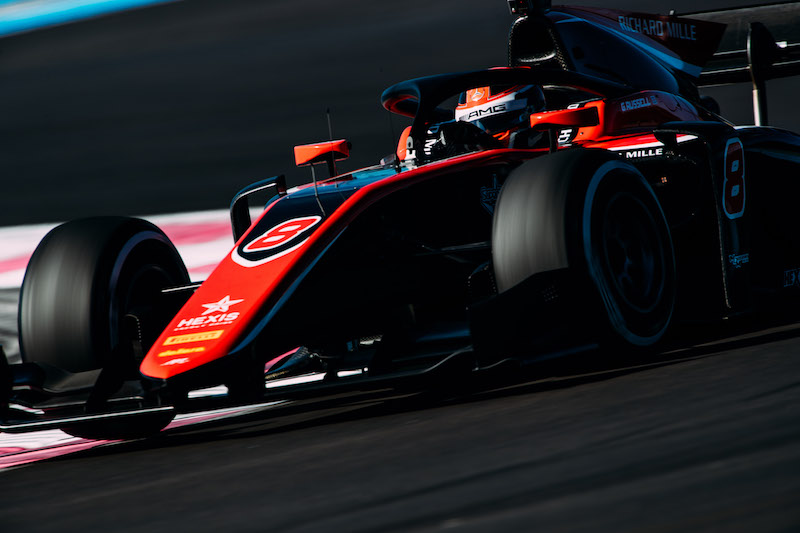 George Russell was fastest on the final day of Formula 2’s first pre-season test at Paul Ricard, with his ART Grand Prix team-mate Jack Aitken second on the time-sheets.

Russell set a 1m42.396s in the morning session, which was 0.170s slower than Lando Norris’ benchmark set on Wednesday.

Aitken was just under two tenths adrift of the driver who beat him to the 2017 GP3 title.

The Carlin duo of Sergio Sette Camara and day one and two pacesetter?Norris were seventh and eighth quickest.

Dan Ticktum, who took over from Williams young driver Oliver Rowland in substituting for the ill Nicholas Latifi at DAMS, achieved the ninth fastest time (fourth in the afternoon) on his first day in F2 machinery, ahead of the Arden pair of Maximilian Gunther and Honda protege Nirei Fukuzumi.

Gunther ground to a halt just minutes into the afternoon session but recovered to post the fifth fastest time of the afternoon.

The F2 field will reconvene on March 21 at Bahrain for the second collective test.