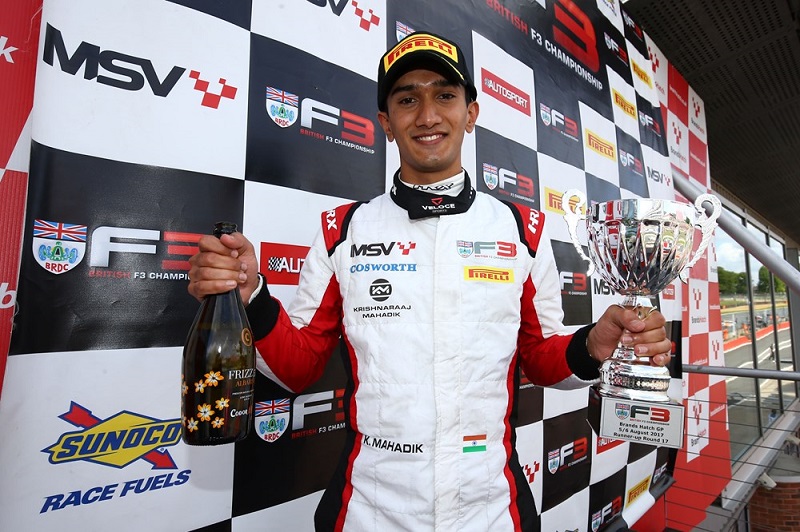 Indian karting champion Mahadik graduated to car racing in 2015 and in the following year he began his maiden campaign in Europe, racing in all but one of the rounds of the BRDC F3 championship.

He ended the season 20th in the standings with a best result of sixth position, his only top 10 of the year.

Last year, he only competed in two rounds of the championship, this time with Double R, but achieved much greater success, finishing in the top eight in all six of his races, which included a shock win in the reverse-grid race two at Brands Hatch.

?We performed really well together last year and I feel we have unfinished business in British F3, I want to build on that.

?We are all really looking forward to a successful season and I can?t wait to hit the track. I am feeling focused and on top of my game and I know I have the best group of guys around me.

“At Double R I feel part of the family and, together, I feel like we can achieve great things this year.?

He will be joined by the already-confirmed?Linus Lundqvist, and Singaporean Ravishankar, who was announced on the morning of Thursday’s BRDC F3 media day at?Donington Park.

Ravishankar made his BRDC F3 debut at the final round of the 2017 season at Donington with Double R, finishing 12th in his first race, and following it up with two 10th place finishes in his maiden weekend.

?I cannot wait for the season to get underway,? Ravishankar said. ?This will be my first season in Europe, it has always been a dream for me to compete here.

“I am ecstatic to be working with Double R Racing and believe they have the complete package, so I am looking forward to a very successful year with the team.?

Mahadik and Ravishankar join Lundqvist in a three-car line-up, with the previously-announced Dev Gore no longer set to race for the team.