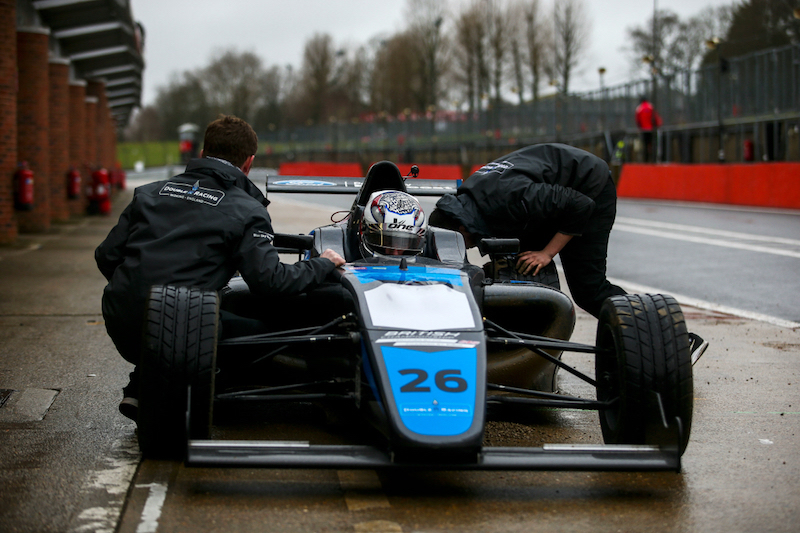 Former karting and Ginetta Junior star Kiern Jewiss has finalised his move into British Formula 4 for this season with Double R Racing after topping a recent test.

Jewiss came fourth overall in Ginetta Juniors last year as the top rookie, after a karting career that peaked with the WSK Champions Cup crown in OK Junior in 2016 following a string of British titles.

The 15-year-old is managed by the MB Partners agency of ex-Formula 1 racer Mark Blundell, and his sponsors include the family firm of another Blundell protege Mike Conway, who won his British Formula 3 title in 2006 with Double R.

?I?m very excited, it?s a big step but it?s a step in the right direction for my development,” said Jewiss.

“The championship itself is a fantastic series and I can?t wait to be part of it. It?s hugely competitive and some great drivers have made their name in the series, so I hope to do the same in my debut season.

?Double R have proved themselves as a top team, not just in F4 but across several championships. They were a front running team last year and the way testing has started this year it seems we?ll still be performing at the highest level. Anthony [Hieatt] and the team have made me feel really welcome so we?re all looking forward to the year ahead.

?Obviously I?m here to win, so that?s the main goal, but in order to do that I need to develop and learn every time I get into the car.

“I don?t expect to walk into the championship and instantly be at my best, but I?m a quick learner so hope to perform at my best as quickly as I can.?

Team boss Hieatt added:??Kiern got his F4 career off to an incredible start during the officially timed test at Brands Hatch last month, he was very impressive in difficult conditions and showed the speed we all know is there from his time in Ginetta Junior and karting.

?I?ve no doubt he?ll be battling at the sharp end all season, he?s a fast and committed driver and we?re certain he?s going to be one to watch throughout the year.

“We?re delighted to have signed Kiern to join Paavo and Sebastian, all three drivers are obviously new to F4 and single-seaters but it?s a line-up we believe has massive potential.?