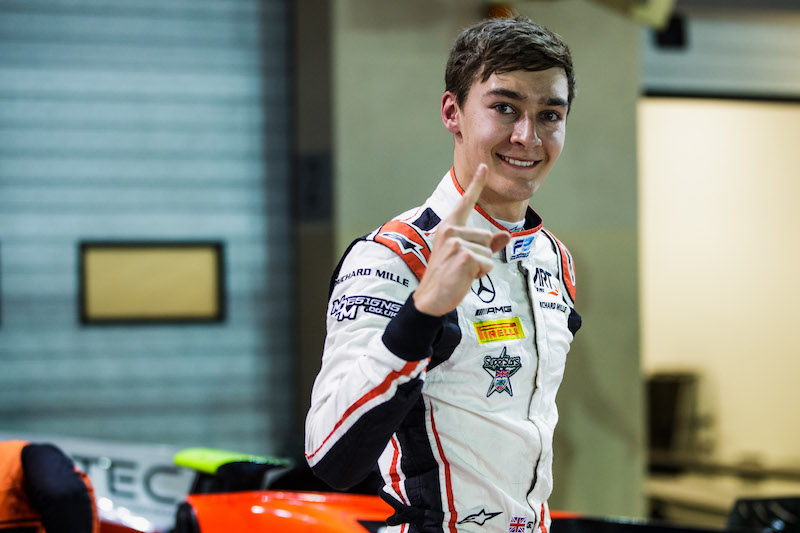 George Russell moved a step closer to clinching the Formula 2 title by taking his fifth pole position of the year at the final round in Abu Dhabi.

Russell led his title rival Alex Albon by four tenths of a second after his first run, before Nyck de Vries and Nicholas Latifi both moved ahead (and split by just 0.018s) by running on an otherwise empty track in the middle of the session.

On his second run in the final minutes, ART Grand Prix driver Russell was able to improve to go fastest by 0.378s.

With pole and the bonus four points, Russell increases his championship lead to 41 points over Albon, with only 44 points still up for grabs.

Albon ended up qualifying only eighth after a mistake on his final attempt, getting out of shape over the raised kerb between the two final corners.

He failed to improve his time and was pushed down the order behind Artem Markelov, Jack Aitken, Louis Deletraz and Lando Norris.

Future McLaren Formula 1 racer Norris was languishing down in 10th before a late improvement.

Behind Albon, Tadasuke Makino and Sergio Sette Camara completed the top 10, while Niko Kari was an impressive 11th in only his second F2 qualifying session.