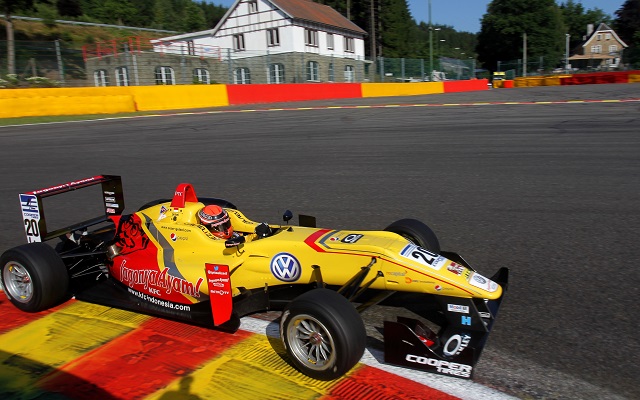 The duo – who are racing FIA F3 machines?this weekend and are entered as guest drivers – were a second clear of the rest of the pack in the day’s overall timesheets.

Jones led much of the morning’s practice session, but it was Gelael who ultimately ended up comfortably taking the top spot.

The fight for the top spot ended up being much closer in the afternoon, with Jones edging out Gelael by less than a tenth of a second. Double R’s Roberto Merhi was best of the rest in third, leading Bryant-Meisner and Team Lotus driver Indy Dontje.