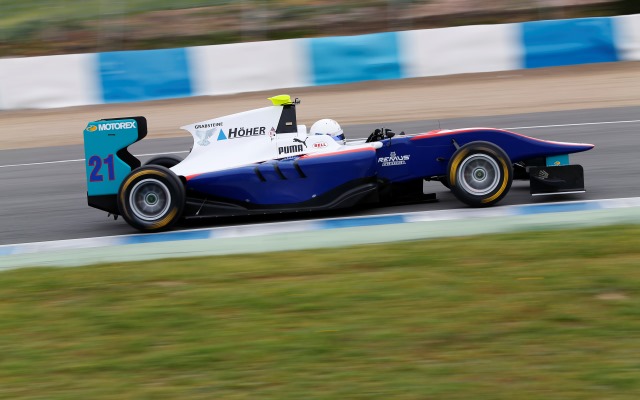 Christopher Hoher will race for Jenzer Motorsport in GP3 at the Hungaroring this weekend in place of Adderly Fong.

17-year-old Austrian Hoher tested for the Swiss squad at Jerez in April, and has since contested the two most recent rounds of the Euroformula Open series with BVM Racing at the Hungaroring and Silverstone, claiming a fourth place finish at the former. In 2013 he raced an older F3 car in events across Central Europe, including a triple win at the Budapest venue.

Fong is racing in the Audi R8 LMS Cup at Fuji Speedway in Japan this weekend, but has also said that his deal with Jenzer has come to an end. He managed a best finish of 11th from the opening four weekends of the campaign.

All of Jenzer’s points so far this season have come through former F2 runner-up Matheo Tuscher, who sits ninth in the standings.