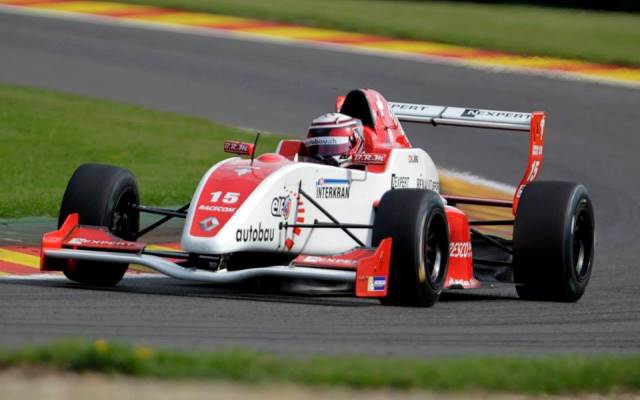 Eurocup Formula Renault 2.0 regular Kevin Jorg began his second NEC event of the year with the best possible start as he recorded the quickest overall lap time in the two practices at Spa-Francorchamps.

Although in the morning it was Czech driver Josef Zaruba who was fastest – closely edging Jorg out with Callan O’Keeffe, Raoul Owens and Gustav Malja completing the top five – in the second outing all the drivers were able to improve.

Eventually it was Jorg who finished first, beating teammate Louis Deletraz by one tenth of a second. Matthew Graham impressively landed in third after being unable to complete a single lap in the first practice.

The fastest participant of the morning, Zaruba, had to settle with seventh and the top ten was rounded out by Owens and championship contenders Ben Barnicoat and Steijn Schothorst.