Home Features How Mercedes could get their hands on 2014?s hottest two prospects
FeaturesFIA European F3Formula 1 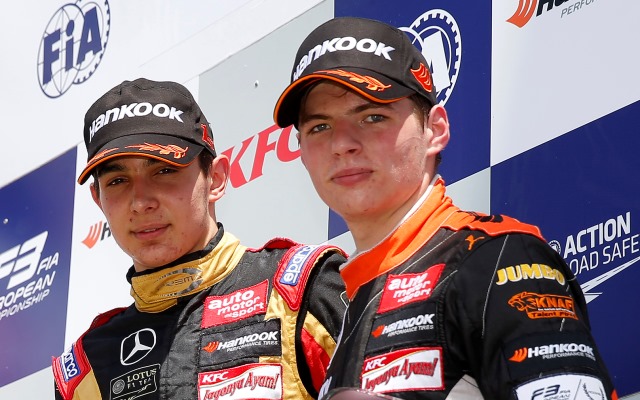 The Mercedes Formula 1 team?s presence on the junior single-seater scene hasn?t been as high profile as many of their rivals recently, but their 2014 success could help them to get this year?s two most exciting prospects in their grasp.

While McLaren and Ferrari have stepped up their driver development efforts with a selective recruitment drive that?s immediately paid dividends on-track and Red Bull have continued to perfect their long-term junior strategy, Mercedes hasn?t been active on that front at all.

It used GP2 veteran Sam Bird, but more as a driver who would do a good job as a non-F1 racer in the ?young driver tests? rather than as a future race driver. Mercedes-Benz has long supported factory drivers using its Formula 3 engine, with this scheme producing relationships with the likes of Paul Di Resta, Roberto Merhi, Daniel Juncadella and Pascal Wehrlein.

But, somewhat surprisingly, there has been no formal tie-up to incorporate this talent into the F1 team environment. And while it has used the term ?junior team? with regards to its DTM youngsters, there hasn?t been a chance for these drivers to sample F1 machinery ? Juncadella aside.

But now there?s a Mercedes-supported F3 driver with a good chance of being lined up for a future with the F1 team, and a Volkswagen-powered rival who could also get a similar opportunity with the three-pointed star.

Esteban Ocon and Max Verstappen have probably been the two biggest stars of the junior single-seater scene in 2014 so far. Ocon, as a 17-year-old Formula Renault 2.0 graduate, has somehow dominated an impressive FIA F3 European Championship field and currently holds a championship advantage of over 100 points. Verstappen meanwhile, even younger at 16 and fresh out of karts, claimed six wins from six races in just over a week during June at Spa and the Norisring.

Since his karting days, Ocon has been looked after by Gravity Sport Management, the firm funded by Gerard Lopez and Genii and which was overseen by Eric Boullier. Those links to the Lotus F1 Team mean that up-and-coming Gravity drivers like Ocon form the young driver programme at Enstone. 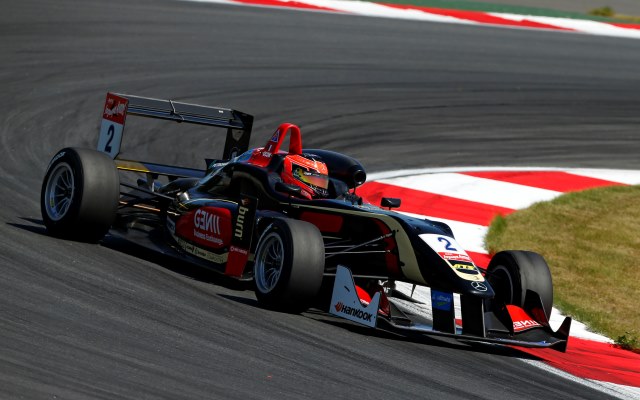 So how could Ocon end up at at a team other than Lotus? As a management company, Gravity will look for the best deal for their driver and for themselves. So if a driver can get a faster car and a bigger salary ? be it Romain Grosjean or Ocon ? then Gravity should allow them to move on from Lotus, even if that means Enstone loses out on their talent.

Despite being linked to the Renault-powered Lotus team, Ocon has been a Mercedes factory driver in F3 this year while racing for Prema. That’s support that comes from the car manufacturer and their F3 programme ? not the F1 team. What could strengthen Ocon?s link to the F1 team, though, is the reported engine deal between Lotus and Mercedes for 2015.

Mercedes could make use of having customers like Williams, Force India and Lotus to get their hands on their future drivers. Already, there?s Valtteri Bottas at Williams, who has long been managed by Toto Wolff, and Nico Hulkenberg, whose nationality and ability always makes him an obvious candidate to be a future Mercedes driver. If they are keen on Ocon (and why wouldn?t they be?), Mercedes could negotiate to get him into a Lotus F1 car when he?s ready, and then have the option to promote him to their own team when they want.

This is all hypothetical at the moment, but there?s also a certain degree of common sense to it. If Mercedes want to develop Ocon to race for them in the future, they can make use of their existing ties to him and their new links to Lotus to get their hands on him.

Verstappen, meanwhile, is the big unsigned talent available on the market at the moment, and he was at the German Grand Prix last weekend to spend time with several teams. Rumour has it that he could decide to join either Mercedes or Red Bull. Red Bull is the class leader when it comes to driver development, but Mercedes are now the class leader in terms of F1 performance.

With his ability and reputation, Verstappen can afford to choose the best team. 12 months ago that would have been Red Bull, but for the foreseeable future, Mercedes could be hard to beat. Verstappen has to consider which team will be best to drive for when he?s ready to fight for F1 titles ? at the moment, Mercedes seems the most likely in that regard. 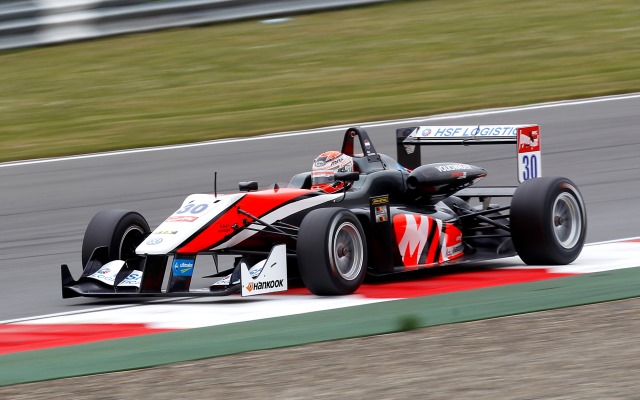 From Mercedes? point of view, grabbing Verstappen from under the noses of their F1 rivals would be a strong demonstration of their current position. It could also be a big blow landed in the direction of Volkswagen, by getting him associated with the Mercedes name even while he?s still competing with VW power.

It would be best for the market if Verstappen signed for Mercedes too, because at Red Bull or Ferrari he could potentially overshadow existing drivers like Pierre Gasly or Antonio Fuoco, perhaps denying them an opportunity even though they are serious talents themselves. Arguably, Verstappen is good enough to not need to sign up with an F1 team yet, but turning approaches down and trying to go it alone is risky – just ask Hulkenberg or Robin Frijns.

Mercedes don?t urgently need a young protege, with two star drivers in Nico Rosberg and Lewis Hamilton who are still the right side of 30 (29, to be precise) and the likes of Bottas waiting in the wings. But getting Ocon and/or Verstappen under contract would give them the security of having a choice of talent in the future without needing to establish a large development programme like that of their rivals.

Last year, Mercedes would not have been the team of choice for rising stars like Ocon and Verstappen, but now Brackley could its hands on the two hottest prospects of 2014.