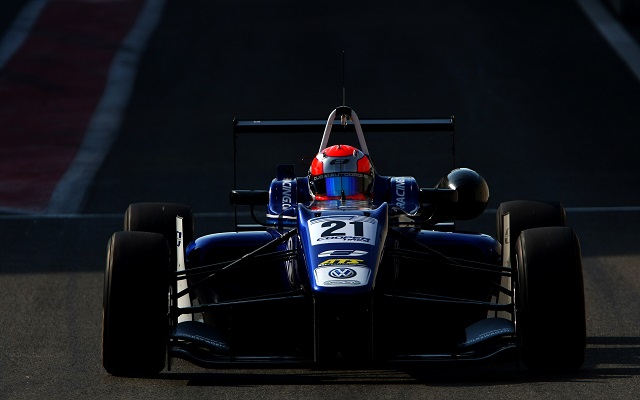 Carlin Racing’s Ed Jones will start races one and three of the British Formula Three round at Spa-Francorchamps from pole position.

Jones, who is returning to racing after having been sidelined a back injury in May, was more than eight tenths clear of teammate Sean Gelael and set several laps good enough for pole.

Gelael, who, like Jones, is ineligible for points this weekend, took P2, half a second quicker than F3 returnee Roberto Merhi.

The Spaniard narrowly edged clear of Performance Racing’s John Bryant-Meisner for both of the feature race grids, claiming his spot as the top points-earning driver.

The qualifying order makes up the lineup for race three, with the first race’s starting grid set by second-best times in the session. For race one, Cong will start ahead of Jeffri, while Indy Dontje managed to leapfrog both Chang and Rao for ninth.