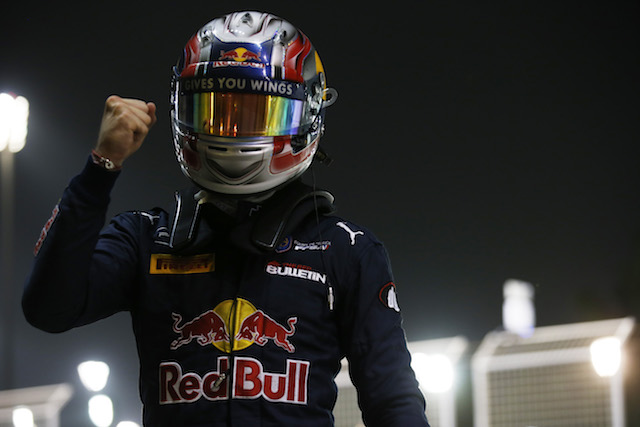 Gasly waited until the circuit?was empty in the middle of the session before hitting the track, but produced a lap that was 0.988 seconds faster than the benchmark of?Sergey Sirotkin, despite an apparent DRS issue on the back straight.

That lap of 1m47.476s would prove good enough for pole, with himself, Sirotkin and Giovinazzi all encountering issues in the final runs at the end of the session.

Sirotkin was up on Gasly’s time through the first two sectors but had oversteer through the last turns and fell 0.328s short.

Giovinazzi meanwhile would encounter traffic at the same point a few seconds later,?while Gasly ruined his lap with a Turn 8 lock up.

With the Frenchman slow on his next lap, he pitted, as?Prema team-mate Giovinazzi wound himself up for another attempt. The Italian however hit traffic once more, this time in the form of compatriot?Luca Ghiotto dawdling on the racing line out of Turn 13.

He still improved his time, but it would prove to be only good enough for sixth.

Artem Markelov went third right at the end of the session ahead of?Nobuharu Matsushita and Oliver Rowland.

On his first day in a GP2 car,?Louis Deletraz qualified 20th, two places ahead of racing returnee?Emil Bernstorff.