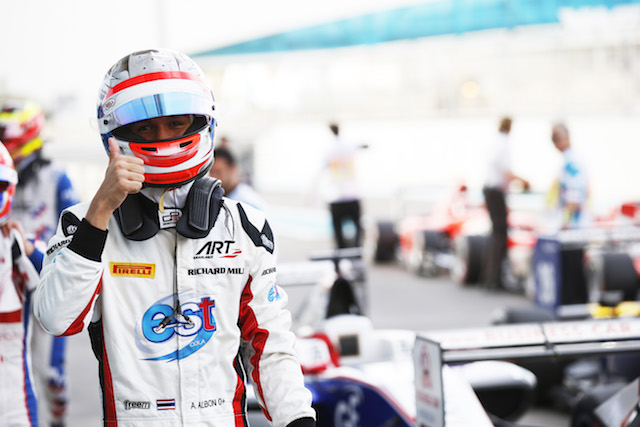 After setting the pace in practice, Albon claimed pole with a lap of 1m55.274s he set with?three minutes of qualifying remaining.

The Anglo-Thai driver then gambled on pitting?prior to the chequered flag as others attempted another lap, but the?supersoft tyres – being run for the first time at this event – did not last long enough for the likes of?Jake Dennis?to better his mark.

Having briefly held pole prior to Albon’s effort, Dennis will start on the front row, with Arden team-mate?Jack Aitken?grabbing third ahead of?Nyck de Vries, who led much of the session after an early flyer.

Having gone second to Dennis inside the final four minutes, Leclerc ended up shuffled back to fifth, and sees his advantage over Albon cut to 25 points by the bonus points for pole.

Antonio Fuoco needed to claim pole to keep his chances of catching Ferrari stablemate Leclerc alive, but could only muster 11th.

Five days after finishing sixth on his Macau Grand Prix debut,?Jake Hughes ended up 20th after DAMS mechanics left a cooling fan attached to the left sidepod of his car when he returned to the track near the end of the session.

Alessio Lorandi was unable to set a time in his second GP3 qualifying session due to a problem on his Jenzer car.