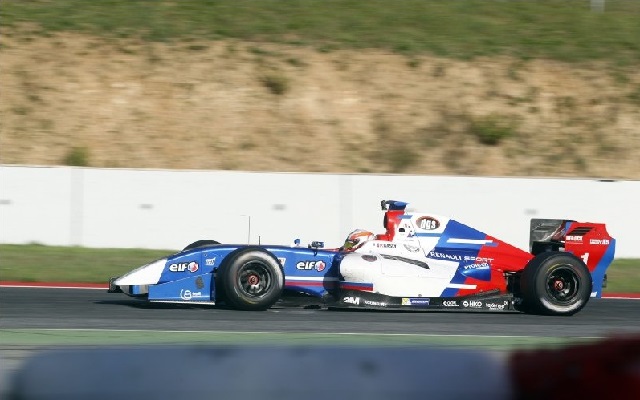 Eurocup Formula Renault champion Pierre Gasly and his title rival Oliver Rowland are among the drivers who have confirmed their presence for the three-day Formula Renault 3.5 test at Aragon on November 20-22nd.

Gasly will be present for the first two days of the test, running with his Eurocup squad Tech 1 on Wednesday and then switching to Arden Caterham on Thursday. Meanwhile, Rowland will do the entire three-day programme with British squad Fortec.

The duo will line up alongside other young racers, invited by Renault Sport to the test due to their respective successes in junior single-seaters in 2013. FIA European F3 champion Raffaele Marciello is set to be present at the test, testing with P1 by Strakka over the two first days and then switching over to Arden for the remainder of the test, as reported by ItaliaRacing. His title rival Felix Rosenqvist is also set to attend, with the Swede expected to test with ISR.

Alex Lynn, who took third in European F3 and recently won the Macau Grand Prix, will do Wednesday and Thursday for DAMS, as confirmed by Autosport. Meanwhile, fellow Briton Matt Parry will be testing with Carlin on Wednesday.

Among the other rookies, Frenchman Esteban Ocon is expected to test with Lotus, while NEC runner-up Jack Aitken is set to run with Arden. Antonio Fuoco will do Wednesday morning with AV, while Dennis Olsen and Jake Dennis are set to test with Comtec.

F3 Open runner-up Sandy Stuvik is set to run with Zeta Corse, while Megane Trophy champion Mirko Bortolotti will come back to single-seaters to test with Draco.

Spanish squad Pons Racing will test with Luca Ghiotto, Matthieu Vaxiviere, Kimiya Sato and Riccardo Agostini. Ghiotto is also set to test with Draco, while Agostini will do day one over at Zeta.

Update: Carlin have confirmed Dean Stoneman and Nick Yelloly alongside Parry in their lineup. Yelloly will take over for Parry in days two and three, while Stoneman will run a full three-day schedule in the other car.