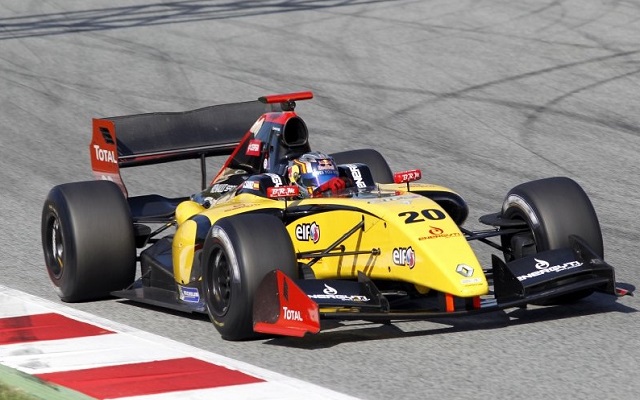 As previously stated, Macau Grand Prix winner Alex Lynn will be getting two days with the French team, despite seemingly looking to continue his career with another year of F3 in 2014.

On day one, Lynn will be joined by Swiss driver Zoel Amberg, who now has two seasons of Formula Renault 3.5 racing under his belt with a best race finish of sixth.

On Thursday, Amberg will be making way for Red Bull Junior Team’s Carlos Sainz, who has previously tested with DAMS in the October test at Catalunya and is tipped for a full-time switch to the category in 2014 after this year’s partial campaign.

The Spaniard will test on the final two days, with DAMS 2013 regular Norman Nato accompanying him for Friday. The young Frenchman finished his rookie season in 3.5 in 13th place.