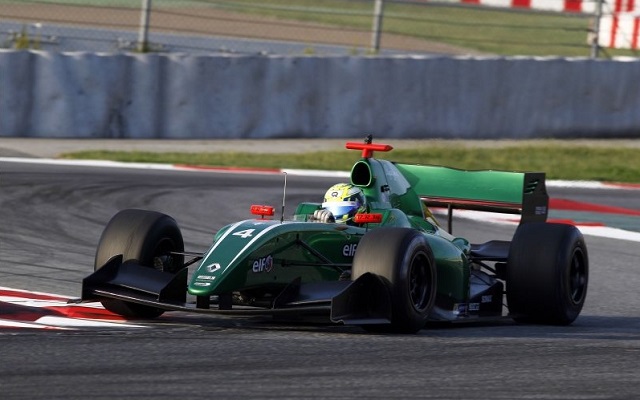 The British squad, which took fourth in the teams’ standings of the 2013 season with Antonio Felix da Costa and Pietro Fantin, will line up five different drivers for the test.

Formula Renault 2.0 NEC runner-up Jack Aitken will get a seat for day one, joined by this season’s part-time 3.5 rookie Will Buller.

Eurocup champion Pierre Gasly and Swiss driver Zoel Amberg will make up an entirely new lineup on day two, switching over from Tech 1 and DAMS respectively.

Amberg will remain with the team on day three, alongside European F3 champion Raffaele Marciello.

Meanwhile, Amberg’s 2013 Pons teammate Nikolay Martsenko will be testing with Italian squad Zeta Corse on Thursday, before switching over to AV Formula for the final day of the test, as reported by Alexander Kabanovsky of Autosport Russia. The young driver had had a day with Zeta in the October post-season test at Catalunya.

Another Russian driver – Sauber junior Sergey Sirotkin – is set to test with Fortec over the first two days of the test, according to ItaliaRacing.

Finally, Kimiya Sato will test with Lotus in addition to his earlier-announced Pons commitments.