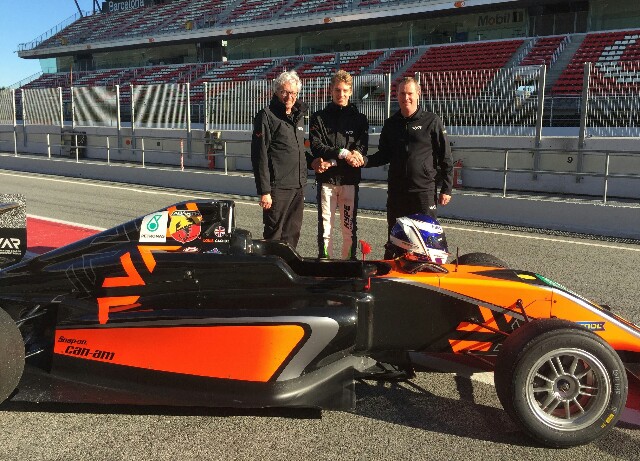 Louis Gachot has moved to Van Amersfoort Racing ahead of a second season in ADAC Formula 4.

Gachot, son of former F1 driver and 1991 Le Mans 24h winner Bertrand, competed last year for the US Racing team that took Marvin Dienst to the inaugural series title in 2015.

It took him until the final race of the season to score a solitary point however, leaving him 29th in the final standings.

The 17-year-old, who previously scored a podium in French F4 in 2015, joins Brazilian Felipe Drugovich in the line-up at VAR, which helped Joey Mawson to the 2016 crown.

“Van Amersfoort Racing is the team to be [with] in the ADAC Formula 4,” Gachot said.

“They were always competitive and won the driver?s championship in 2017, so I am looking forward to learn from the team.

“Combined with the experience of a full season in German F4 it is my goal to be a regular top finisher this season.

Team boss Frits van Amersfoort added: ?We are delighted to have Louis join us for the coming season.

“As a team we relish working with youngsters and make them improve their performance.

“We do things different to others and it is our goal to give Louis the package to grow as a racing driver.

“It doesn?t make me any younger, but it is an interesting situation, as in the mid-’80s, as a team, we used to race against Louis’ father, Bertrand, in FF-2000. I am quite happy that we are now both on the same side of the fence!”