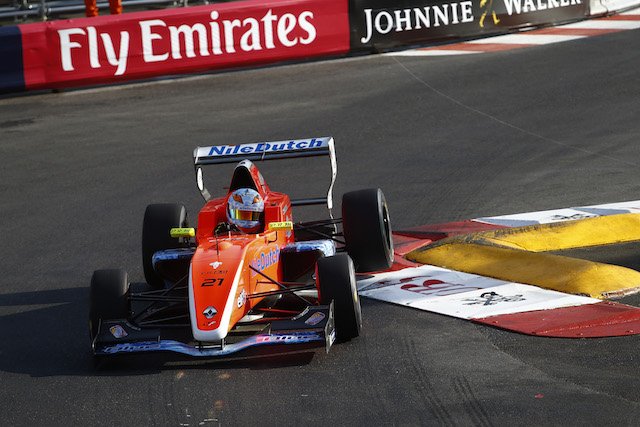 Axel Matus, the inaugural Mexican Formula 4 champion, will compete in Formula Renault this year with AVF.

Matus returns to Europe after previously spending two seasons in French F4, improving from 21st in the 2014 standings to seventh in 2015.

Last year he claimed the first Nacam F4 crown as well as the Panam GP series, and has been signed by the Escuderia Telmex scheme famous for getting Sergio Perez and Esteban Gutierrez to Formula 1.

He is the second Telmex-supported Mexican to get a Formula Renault seat for 2017, after Italian F4 graduate Raul Guzman joined R-Ace GP.

“It wont be an easy task, as this year’s Formula Renault 2.0 will feature several European champions and the participation of very talented and experienced drivers in these same cars,” said the 18-year-old, but he added “we are convinced that with Adrian’s team we will be fighting the championship.”

Chaves will be entering his third season racing for AVF, having finished 11th in the Eurocup last year.

Pflucker, runner-up in the South American F4 series in 2014, contested the first two events of the Eurocup season last year with the Cram team, finishing 14th in Monaco.