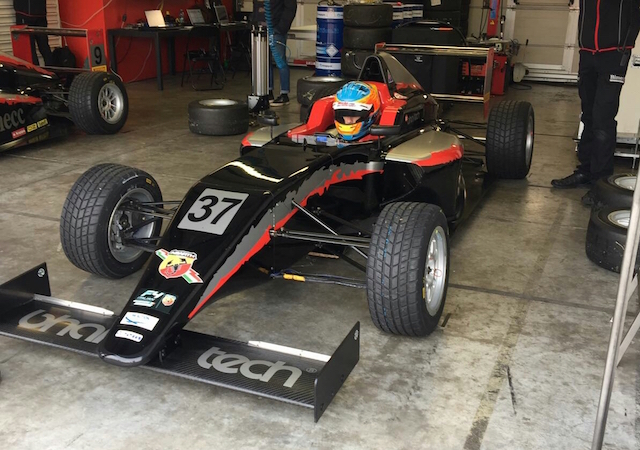 Sebastian Fernandez has joined BhaiTech for this year’s Italian Formula 4 championship?after winning at the final round of 2016.

The 16-year-old from Venezuela switch to Mucke Motorsport from RB Racing for the Monza finale last October and promptly claimed a double pole position, converting the second of those, in race two, into victory.

Previously his best result had been a fourth place, and he finished the year 15th in the standings.

He will now join up with BhaiTech, which earlier this week confirmed that Lorenzo Colombo will continue with the team.

?We are delighted to field Fernandez in the 2017 Italian F.4 season,” said team manager Nicolo Gaglian.

“We tested him for quite some time but we have been impressed from the very beginning.

“He has a very clean and precise driving style, and is also able to reach the car?s limit rapidly and consistently. I think he will be among the title contenders this season.?

Fernandez also dabbled in Spanish F4 and ADAC F4 last year, and this weekend has joined the UAE F4 series with Motopark.

Speaking about BhaiTech, he said: “It is a really strong team and with the experience I gained last year I believe we can post some really competitive results.”