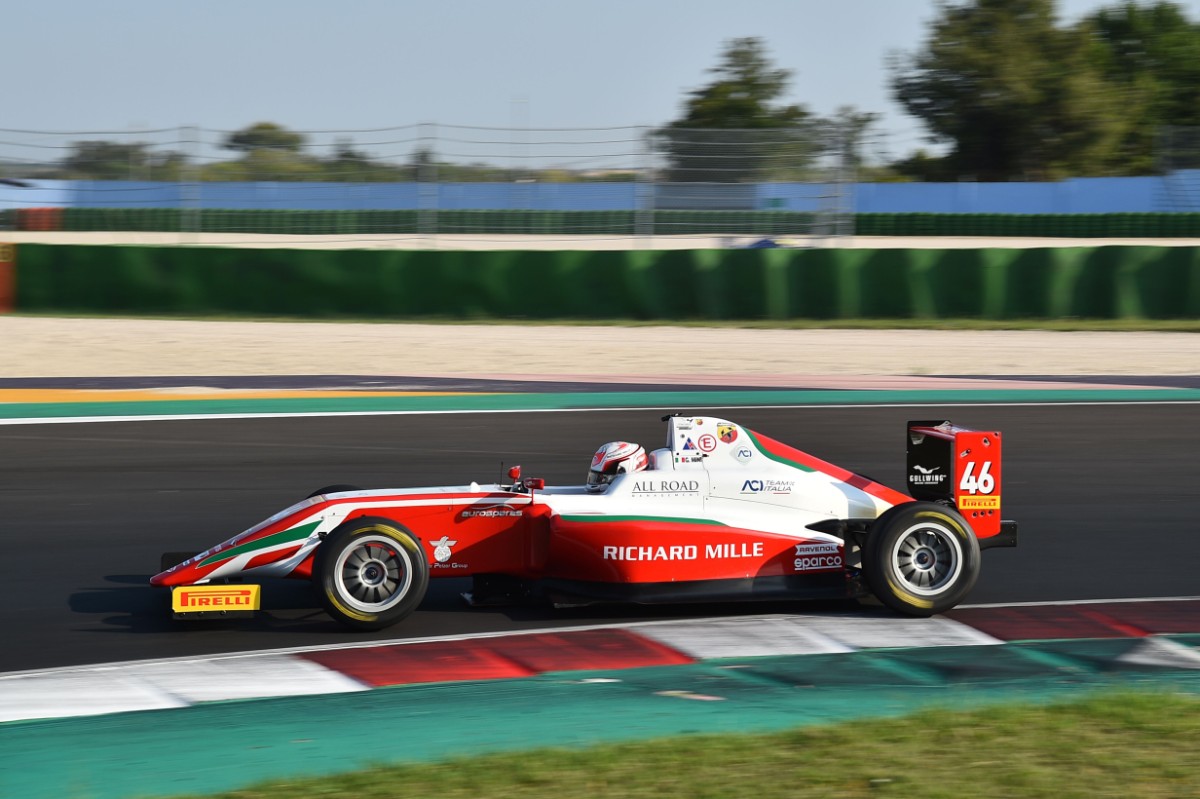 Gabriele Mini has taken a hat-trick of pole positions for his car racing debut with Prema in the Italian Formula 4 Championship opener at Misano.

In qualifying for race one, Mini hit the front with five minutes remaining, although his time was then bettered by his team-mate Sebastian Montoya – the son of ex-Formula 1 and Indycar star Juan Pablo.

F4 UAE champion Pizzi then took over top spot with around 90 seconds to go before Mini snatched first place back after the chequered flag with a 1m35.121s lap, 0.039s quicker than Pizzi.

In the second session, Pizzi was again on top before Mini posted two faster laps in the closing minutes. While his best of 1m34.537s gave him pole for race two, he will also begin race three from the front based on the best second-fastest times from across both sessions.

Leonardo Fornaroli made it a one-two-three for Italian first-year single-seater racers in Q1 with a late effort for Andrea Piccini’s Iron Lynx outfit.

Montoya, another single-seater debutant, was demoted to fourth in front of Jenzer Motorsport’s Filip Ugran.

Andrea Rosso, who won the Motorsport Games F4 gold medal for Italy last year, was ninth for Cram Motorsport and then completed another top-three lock-out for home-grown talent in the second session.

For race three, the top 10 will be the same as race two with the exceptions of Montoya moving up to fifth and Delli Guanti slipping back to 10th.