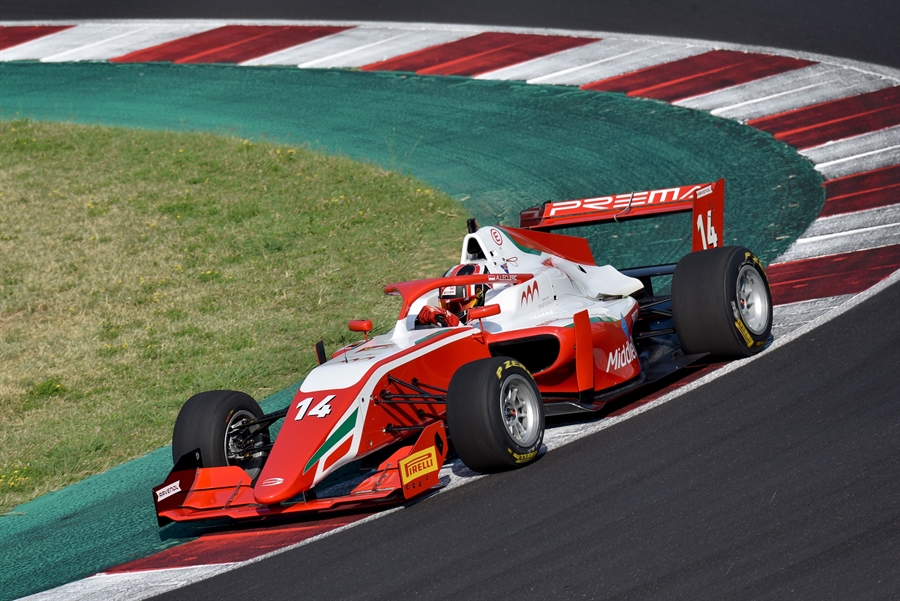 Arthur Leclerc dominated qualifying to take a hat-trick of poles for the opening round of the Formula Regional European Championship at Misano.

The Prema driver topped both sessions at Misano and was one of only three drivers to set a sub-1m30s lap. His second fastest laptime was also enough to put him on pole for race three by 0.01s.

Qualifying for race one was a Prema-dominated affair. Oliver Rasmussen set the early pace before Guanluca Petecof knocked him off the top spot. Petecof remained there until the final laps, when Leclerc improved to set a 1m30.209s lap.

Petecof remained second but a stunning final lap from Juri Vips put the KIC Motorsport driver third, ahead of Rasmussen.

There was no waiting in qualifying for race two. Leclerc immediately went top and was untouchable throughout the session. Petecof and Vips were both able to get within a tenth of the 19-year-old, but Leclerc eventually ended the session 0.034s ahead with a 1m29.789s lap.

Vips was able to derail the Prema domination with his final lap of the session putting him second quickest. Petecof and Rasmussen occupy the second row of the grid.

Van Amersfoort Racing’s Pierre-Louis Chevet was fifth quickest in qualifying one ahead of KIC’s Patrik Pasma. The positions were reversed in qualifying two.

Prema’s fourth driver, Jamie Chadwick, was on the pace early in the first qualifying session but fell backwards as others found improvements and couldn’t run at the sharp end of the field. She starts all three races this weekend from seventh place.