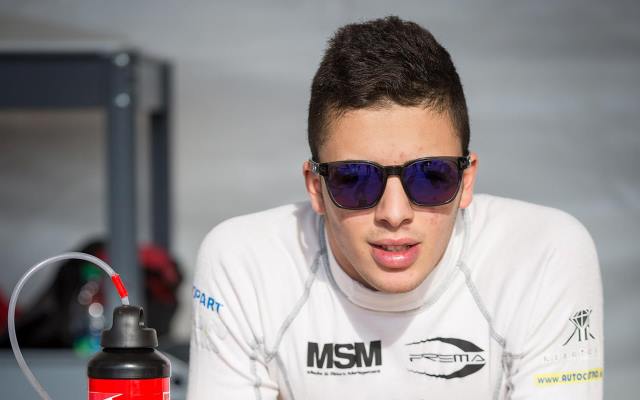 Antonio Fuoco claimed victory in the third and final race of the opening event of the Florida Winter Series at Sebring, afterhis three nearest rivals at the start of the race all hit trouble.

Rapid single-seater rookie Max Verstappen started on pole but made a mess of his start. He was passed by Ferrari Driver Academy aces Raffaele Marciello and Fuoco, and handed a drive-through penalty.

Fuoco clung onto Marciello in the early laps, setting up the prospect of a race-long duel between the Maranello proteges, but the European F3 champion suffered a reoccurrence of his engine troubles from race two, forcing him to retire for the second time.

With Verstappen serving his penalty, Nicholas Latifi inherited second place but then brought the yellow flags out at turn one, falling to seventh.

This took the pressure off Fuoco, with the Formula Renault Alps champion going on to win by 7.2 seconds.

Race one winner Dennis van de Laar did pass Ed Jones at one stage in their fight for second, but the pair would swap positions again before the finish.

Lance Stroll claimed fourth place – 26 seconds behind the winner – after holding off his recovering fellow Canadian Latifi, who was engaged in a duel with race two victor Tatiana Calderon until late on. Alex Bosak finished seventh, while Verstappen passed?Vasily Romanov and then Autosport journalist Ben Anderson to made it home in eighth.