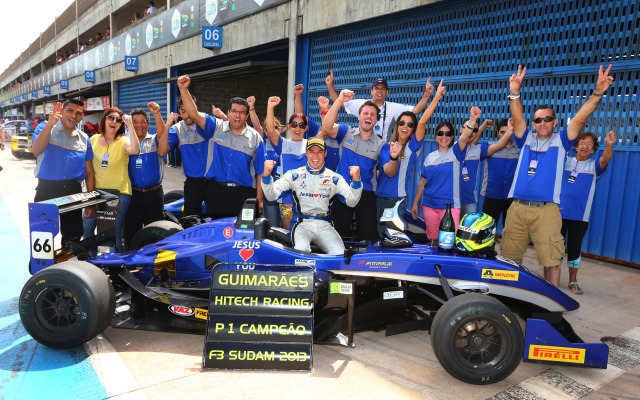 Hitech Racing was once a powerhouse in British Formula Three, winning the 2007 title with Marko Asmer. While in Europe the squad has closed its doors, in South America its heritage continues. Team boss Rodrigo Contin spoke to PaddockScout at Interlagos during the F3 Brazil Open.

How did you start to work with Hitech Racing?

I started my career as driver until I was 17-years-old. Then I decided to switch to being an engineer because I already liked mechanical stuff. I started studying here in Brazil and travelled to the UK in 2006, to work with a F3 team. I did a full season with them and I went back to Brazil to graduate. After a year, I returned to Europe to work in Formula Renault 3.5 with P1 Motorsport, in 2008.

In the following year, I had talks with Hitech Racing because they had a partnership with P1 and I started to work with them in British Formula Three.

Your first stint in British Formula Three was with which team?

It was with Cesario Formula [Hitech?s main rival in Brazil], because they wanted to race there, but they did only a full season.

With Hitech, you worked only in Formula Three?

When I joined Hitech, they were only in British Formula Three. With the original management, they raced in junior series, but from 2007 they focused only on Formula Three.

Why did Hitech Racing close its doors in Europe?

In 2007, Walter Grubmuller took control of all team operations. His son was racing for us. So, he wanted a team to ensure his son would fight for good results. It was good, because we had a good budget and we developed a lot of new things in the car. It is not a normal situation in junior series and for me, as an engineer, it was a very good opportunity.

However, when his son graduated to Formula Renault 3.5, with P1 Motorsports, he gave the team to a new group that did not want to race anymore. [Hitech continued in British F3 post-Grubmuller in 2010 and 2011 but then left the series, citing the cost of the new F3 chassis and the dominance of Carlin.] 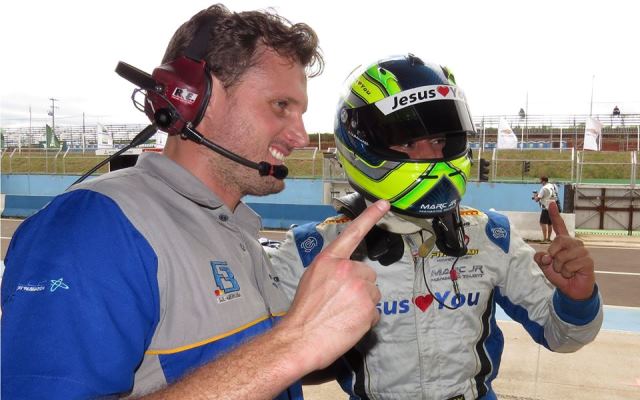 How did Hitech Racing start in Brazil?

We finished as British Formula Three runner-up with Grubmuller and that was a pretty good result. The champion was Daniel Ricciardo, today a Red Bull F1 driver. Because of that success, I had a good relationship with the team and I asked if they wanted to bring a car to Brazil to develop young drivers. They liked it and it was also a pleasure for me because I wanted to go back to Brazil and start my own business here.

For two years we had a great partnership. Pietro Fantin was our first driver to race here in South American Formula Three and in British Formula Three. Gabriel Dias and Guilherme Silva did the same but the new ownership decided to close the European squad, but we kept the team running in Brazil.

Can we say it is the same team, with the same history, that raced in UK and now in Brazil?

Yes. The team continues in Brazil and we have the entire history.

Is there a different pressure to run a successful European team in Brazil?

It is not exactly pressure. We have some good teams here in Brazil, but the biggest difference is the race budget. To run a F3 car in Brazil is much cheaper than in Europe. So, with more money, they can develop the car, hire engineers and test even more. Obviously, Hitech Racing is a strong name in motorsport but it is not a problem for us. We won our first Brazil Open, in 2010, with William Buller; we won our first race in South America Formula Three with Pietro Fantin and, last year, we were South American champions with Felipe Guimaraes.

Does a strong name in Hitech Racing help you in South America?

In the beginning, it did. Our name helped us to close some deals in our first seasons in Sudam Formula Three, but, in motorsport, a team is only as good as its latest results. If you don?t have a good performance, your name will not help you. 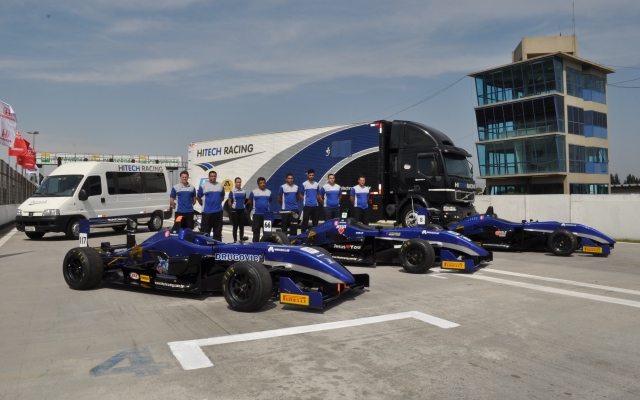