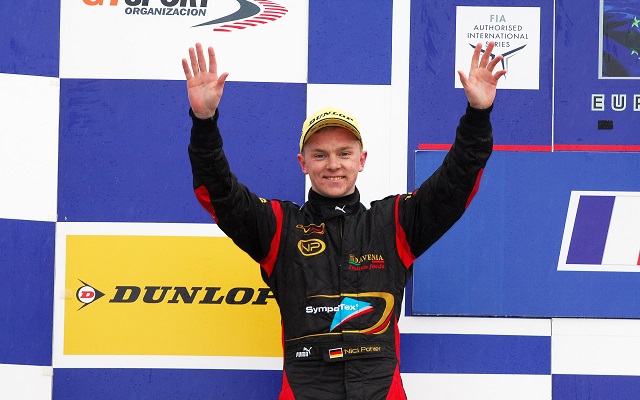 The 18-year-old driver makes the switch from DAV Racing to the British squad ahead of his sophomore season in the series.

Pohler has two years of single-seater experience under his belt. In 2012, he debuted in ADAC Formel Masters and, after a quiet year, moved to F3 Open as part of the series Copa class lineup. Pohler collected three class podiums throughout the season and finished eighth overall. He switched to an F312 main category machine for the final two rounds and scored a best finish of twelfth.

?Nicolas came to our attention with some impressive Copa performances last season, not least his string of three podiums before he moved to drive the newer car in the final weekends of 2013.” stated John Miller, manager of Team West-Tec. “In testing he demonstrated his application and was able to show improvements straightaway. I am sure he is going to be an asset to our team and we are looking forward to seeing him challenge at the very front. He is also a nice guy and very pleasant to work with and I am delighted to formally welcome him to the team for 2014.?

In 2014, Pohler will drive a Dallara F312 car. The 18-year-old driver is the fifth addition to the team’s lineup as he joins Cameron Twynham, Yarin Stern, Tanart Sathienthirakul and Copa class participant Wei Fung Thong.

A look at the new Formula 3 Brazil