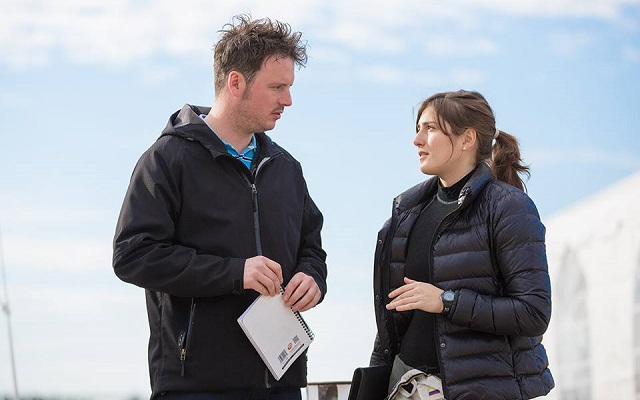 Tatiana Calderon took her first victory in international-level single-seaters at Sebring, converting a reverse-grid pole into first at the checkered flag in a wet second race of the round.

The Colombian racer held on to the lead from pole and pulled away from fellow front row starter Alex Bosak, who, in turn, wound up keeping the pacesetters of the weekend at bay.

With the Polish driver putting in maximum effort to hold on to P2, Max Verstappen and Raffaele Marciello bunched up behind him and, as they were fighting, they were both overtaken by Autosport’s Ben Anderson.

The Brit kept the position over the opening laps, but was soon ruled out of contention when Verstappen locked up and went into the back of his car. The duo went into the pits to retire over the subsequent laps and, with Marciello having a moment of his own, Dennis van de Laar took his turn chasing Bosak for P2. The race one winner didn’t take long and, after losing the position, Bosak went tumbling down the order.

Over the next few laps, van de Laar began closing in on Calderon, but his race came to an abrupt end on lap 11. Antonio Fuoco took over in second, shortly before an engine failure on Marciello’s machine saw the safety car come out.

The race subsequently went to the flag under yellows, with Calderon taking the win ahead of Fuoco and Ed Jones.