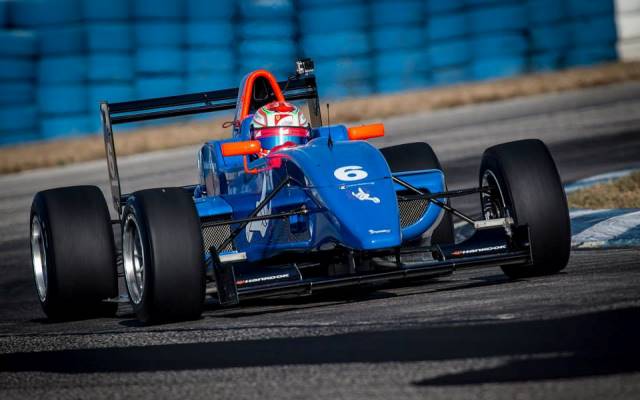 Antonio Fuoco saw off the challenge of Max Verstappen to win the first race of the Florida Winter Series event at Palm Beach.

Fuoco, who won at the circuit in last year’s Panam GP Winter Series, led from pole position, and opened up a 1.5 second lead over Verstappen, who moved ahead of front row starter Nicholas Latifi on lap two.

The gap stayed static at first but Verstappen closed to less than 0.2 seconds on lap 13. The Dutch teenager then lost two seconds before bringing the gap back down under a second towards the end, but had to settle for second.

Ed Jones began the race from sixth but progressed up onto the podium within the first six laps, seeing off Dennis van de Laar to keep hold of the place late on.