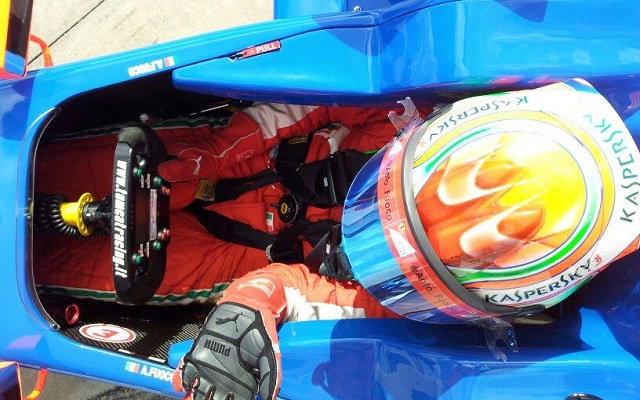 Antonio Fuoco and Max Verstappen continued to hold a monopoly on topping Florida Winter Series qualifying sessions, as both youngsters took a pole position each for the Palm Beach round.

Both 30-minute sessions saw a lot of downtime in the early stages, with only Takashi Kasai and series guest Will Buxton making the most out of the allotted time.

When the majority of the drivers took to the track in session one, it was Dennis van de Laar who began running the show, as he took over at the top and improved on his benchmark several times.

The timing was stopped with four minutes to go when Lance Stroll had a shunt and brought out the red flag. The session restarted some 15 minutes later, allowing for a thrilling conclusion to the fight for pole, in which Fuoco narrowly bested Nicholas Latifi after the checkered flag.

The duo made up the front row, ahead of Dutch drivers Verstappen and van de Laar, who had to settle for fourth, having been shuffled down the order after the restart. Tatiana Calderon and Ed Jones took fifth and sixth, ahead of Stroll, Raffaele Marciello, Vasily Romanov, Alex Bosak, Kasai and Buxton.

Session two also came down to the wire after a hectic few final laps which saw numerous changes in the provisional pole time. While Fuoco, van de Laar and Jones established themselves as frontrunners, pole position wound up going to Verstappen, who put in a stellar lap with 30 seconds to go and then improved upon it after the time ran out.

Jones took second, ahead of Fuoco, van de Laar and Latifi – all within a quarter of a second off of pole. Calderon, Marciello and Stroll wound up two further tenths down.

Bosak took ninth, ahead of Romanov, Kasai and Buxton.