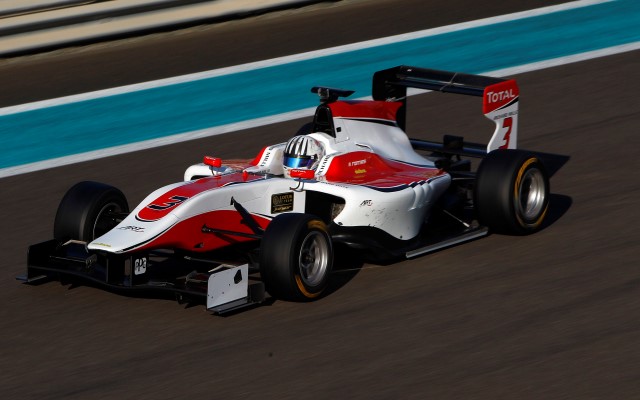 Alex Fontana has been confirmed as ART Grand Prix’s first driver for this year’s GP3 season.

The Swiss driver spent all three days of post-season testing in Abu Dhabi last November with the French squad, who have won the teams’ titles in all four years of GP3’s existence.

A member of the Lotus F1 junior setup, Fontana contested his first full season of GP3 last year with Jenzer Motorsport but finished a lowly 17th in the standings, claiming a best result of third at Silverstone.

He previously contested three rounds with Jenzer over the 2011 and 2012 seasons, when he was F3 Open champion and seventh in Formula 2 respectively.

“I am extremely pleased to have the opportunity to work with a team that has topped the championship like ART Grand Prix and I believe that no other team can allow me to better develop my skills,” said the 21-year-old.

“Our collaboration started very well during winter testing and although I still have to get familiar with people and with the teams method of working, my experience of the car and especially of the GP3 series, the professionalism at ART Grand Prix will help me to complete this mission.

“I have been training both physically and mentally to maximise this tremendous opportunity given to me and I would like to thank ART Grand Prix and the Lotus F1 Junior Team. My goal is to always be at the forefront and be consistent throughout the season, because it is a crucial factor for the overall championship results.”

ART boss Frederic Vasseur added: ?Alex?s first steps with ART Grand Prix in November 2013 in Abu Dhabi convinced us that he would be an asset to the team in its quest for a fifth consecutive title. Alex has adapted quickly to his new work environment and has proven his talent throughout the recent three days of testing.

“His technical qualities, speed and knowledge of the GP3 Series will help us get off to a good start in the early races, something that is essential in such a competitive championship.?

Among potential candidates for the other ART seats is former Trident driver Emanuele Zonzini, who has tested with ART during the past two winters.