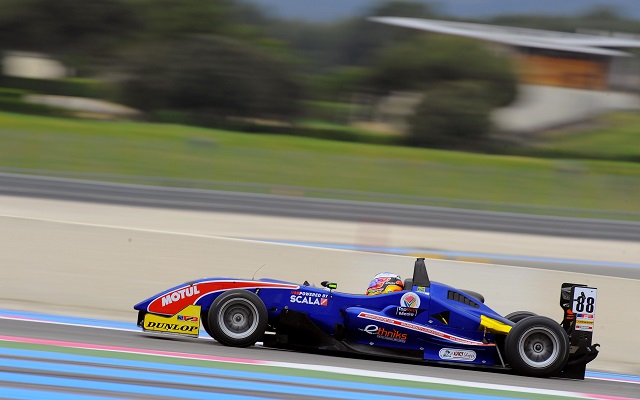 Macanese driver Chang Wing Chung?has confirmed he will take on a part-time campaign in F3 Open with British squad Team West-Tec. Chang will participate in select rounds of both the Winter series and in the main championship in addition to his previously announced role as an International Class driver for Double R in British F3.

?I am really looking forward to my first competitive running in an Formula 3 car and my experiences with Team West-Tec have been very positive so far, so I can’t wait to get out on track at Jerez!?, stated Chang.

John Miller, Team West-Tec boss added: ?Andy became a serious Formula 3 contender for 2014 after racing in the Macau Formula Masters race last season and we are very happy that he has chosen our team to continue his racing education. I am sure he is going to do well?.

Chang will join his fellow countryman Wei Fung Thong in the team with both of them racing win the Copa class. He is the sixth addition to Team West-Tec’s lineup, with Nicolas Pohler, Tanart Sathienthirakul, Cameron Twynham, Yarin Stern and Thong having all been confirmed prior.