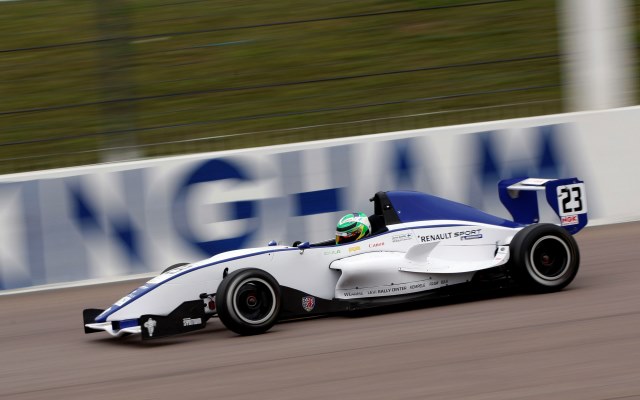 Two more drivers have signed up for the 2014 Protyre Formula Renault season, with Cliff Dempsey Racing announcing a pair of North American racers.

American TJ Fischer is graduating from Formula Car Challenge, where he ended up as the Formula Mazda class champion after dominating through the season. He will also compete in the Pro Mazda series this year, and comes to Protyre as part of a joint program between CDR and EFM Racing.

“I am delighted to have TJ join our team for the Protyre Formula Renault Championship and we are looking forward to help developing him as a driver both on and off track,” said Demsey.

Fischer will be joined by Canadian Patrick Dussault. The 20-year-old driver spent the last year in Skip Barber Racing school and will make his debut season in Europe this year.

“We are delighted to have Patrick on board,” added Dempsey.

“I think both drivers will complement each other and the good thing is they are under no illusion as to how competitive racing in the UK is but are willing to learn.”