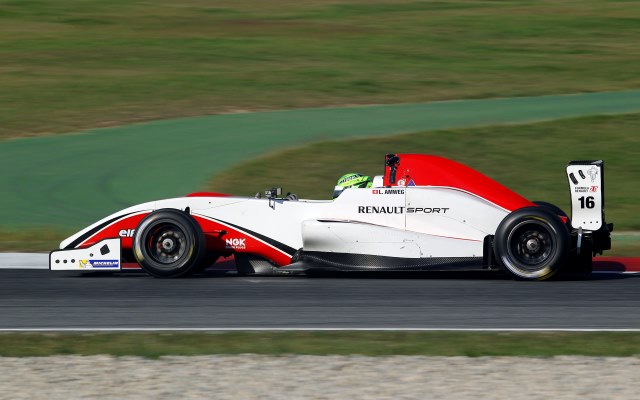 Levin Amweg has announced that he will race for the ART Junior Team in this year’s Eurocup Formula Renault 2.0.

After winning the Formula LO series for ex-Formula BMW machinery in 2012, the Swiss driver made the step up to FR2.0 with Jenzer Motorsport last year. He finished 22nd in the standings with a best finish of ninth.

The 19-year-old has started 2014 taking part in the Toyota Racing Series, where he sits 12th in the standings with one round remaining having claimed two fourth-place finishes so far.

As well as a change of team, Amweg also has new management in the form of DCM, whose other clients include former HRT tester Dani Clos and GP3 race winner Melville McKee.