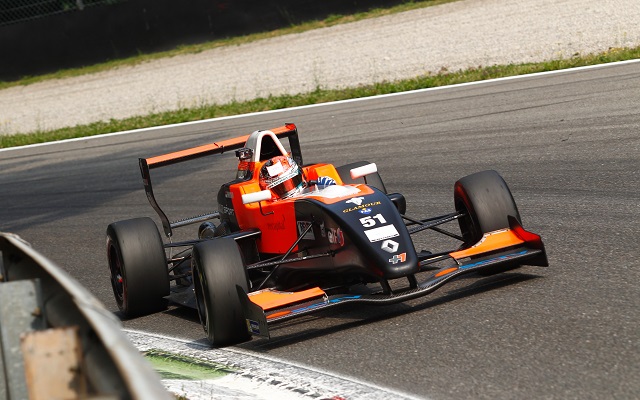 De Sadeleer, 16, is a graduate of the 2012 Formula BMW Talent Cup, where he finished eighth in the series’ Grand Final. Having been too young to race in the Alps series in 2013, the Swiss driver took part in practice sessions for the Imola and Misano rounds with Tech 1 and will now be making the full-time switch to the series.

Armand, 17, made his full-time single-seater debut last year with a Formula Renault 2.0 NEC campaign and finished 28th in the standings with a best finish of 11th. He joined Tech 1 for two rounds of the Alps championship as a guest driver.

Nandy, 17, makes the switch from Formula Masters China, having been a title contender in the championship’s 2013 season. He ultimately took third with 163 points and four race victories.

Tech 1 are one of the most successful teams in Formula Renault 2.0 Alps’ short history, having taken the teams’ championship in 2011 and 2012 as well as a drivers’ title with Javier Tarancon.