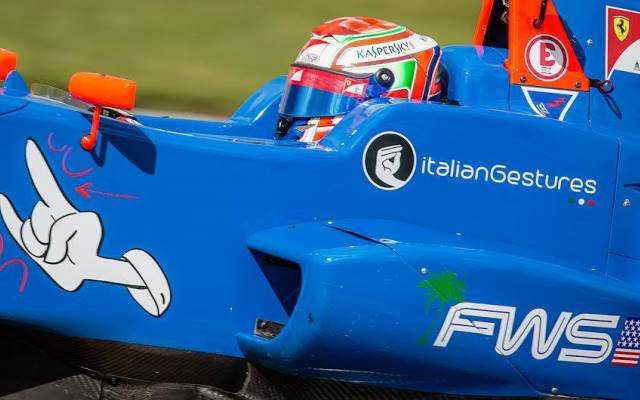 Antonio Fuoco claimed his second win of this week’s Florida Winter Series round at Homestead with a dominant performance in the third and final race.

The Italian started third on the grid but grabbed the lead at the start, before gradually pulling away lap-on-lap from race two victor Nicholas Latifi to finish nearly nine seconds ahead.

Max Verstappen started from pole but slipped to third at the start and remained there until the end, finishing over five seconds clear of fourth-placed Raffaele Marciello.

Dennis van de Laar held off a late charge from Tatiana Calderon to finish fifth. Calderon had lost time behind Lance Stroll early on but she eventually found a way past and chased down van de Laar, finishing less then 0.3s behind the Dutchman.

Stroll took seventh ahead of Ed Jones, Vasily Romanov and Takashi Kasai. Alex Bosak started fourth on the grid but after slipping to eighth on lap one, he slipped back to last place as the race wore on.