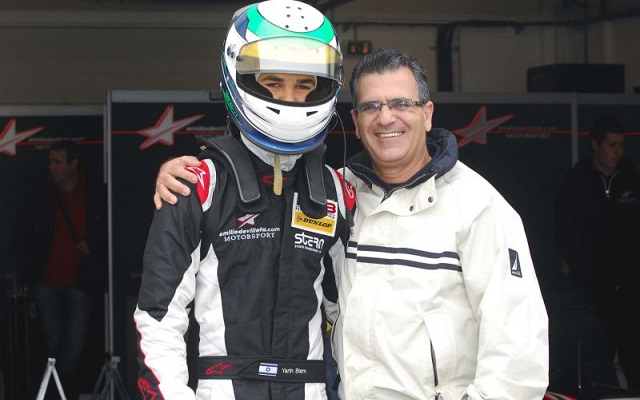 During the day it was revealed that the series has become the Euroformula Open. This follows an attempt by the FIA to restrict the usage of the F3 name to only those series using the latest specification of rules.

Ex-Red Bull Junior Team-member Beitske Visser starred on day one of the test, making the top two in all four sessions.

The first run of the day took place in difficult conditions and saw West-Tec’s Tanart Sathienthirakul set the fastest time. EmilioDeVillota Motorsport started the day in a good shape as Visser and Yu Kanamaru finished second and third in the first session, while Stern and karting graduate Alex Palou rounded out the top five.

The second session was all about newcomers. Visser was convincingly fastest by a margin of five tenths over Palou and her teammate Kanamaru. Two other rookies, Konstantin Tereshchenko and Sathienthirakul, finished fourth and fifth.

The second half of the day started with Stern topping the timesheets. Visser recorded another top-two, while Austrian youngster Christopher Hoher went third fastest with Kanamaru and Sathienthirakul rounding up the top five.

The final session saw Visser, Hoher and Stern lock out the top three. Cameron Twynham ended a difficult day on a high note with while Palou finished the day with a third visit in the top five.

The Jerez test, which will end with another four sessions on Saturday, is the first stage of the Winter Series and will be followed by race weekends at Paul Ricard and Barcelona.