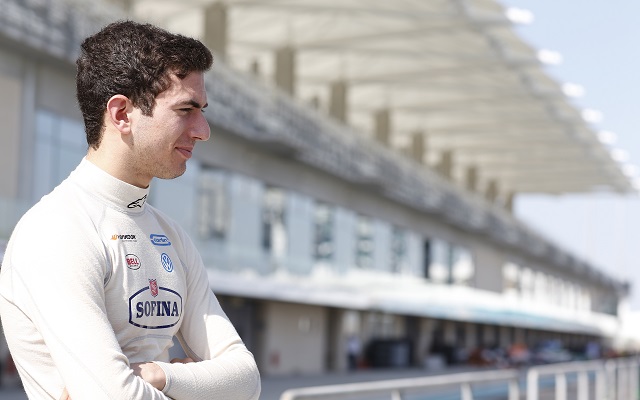 Canadian racer Nicholas Latifi came out on top in a 23-lap reverse-grid Florida Winter Series race at Homestead, securing his second victory in the series.

Latifi started from eighth on the grid and made his way up to third during the opening laps, lining up behind the battling front row duo of Alex Bosak and Lance Stroll.

Stroll took over in the lead on lap three and began pulling away from the field as Bosak began to hold up the other frontrunners. While Latifi took a single lap to overtake the Polish racer, Bosak managed to hang on in third for another three laps before being overtaken by Ed Jones and subsequently tumbling down the order.

Having soon caught up to race leader Stroll, Latifi overtook his compatriot on the ninth lap and proceeded to control the race from that point on. While Jones soon closed in on the duo, he would not find a way past the Ferrari junior and had to settle for third.

After a rocky few opening laps, Antonio Fuoco managed to climb up to fourth in the leaderboards, only to lose out to Dennis van de Laar with two laps to go.

Tatiana Calderon took sixth ahead of Raffaele Marciello, Vasily Romanov, Takashi Kasai and Bosak, while Max Verstappen was the only retirement, having exited the race five laps in.