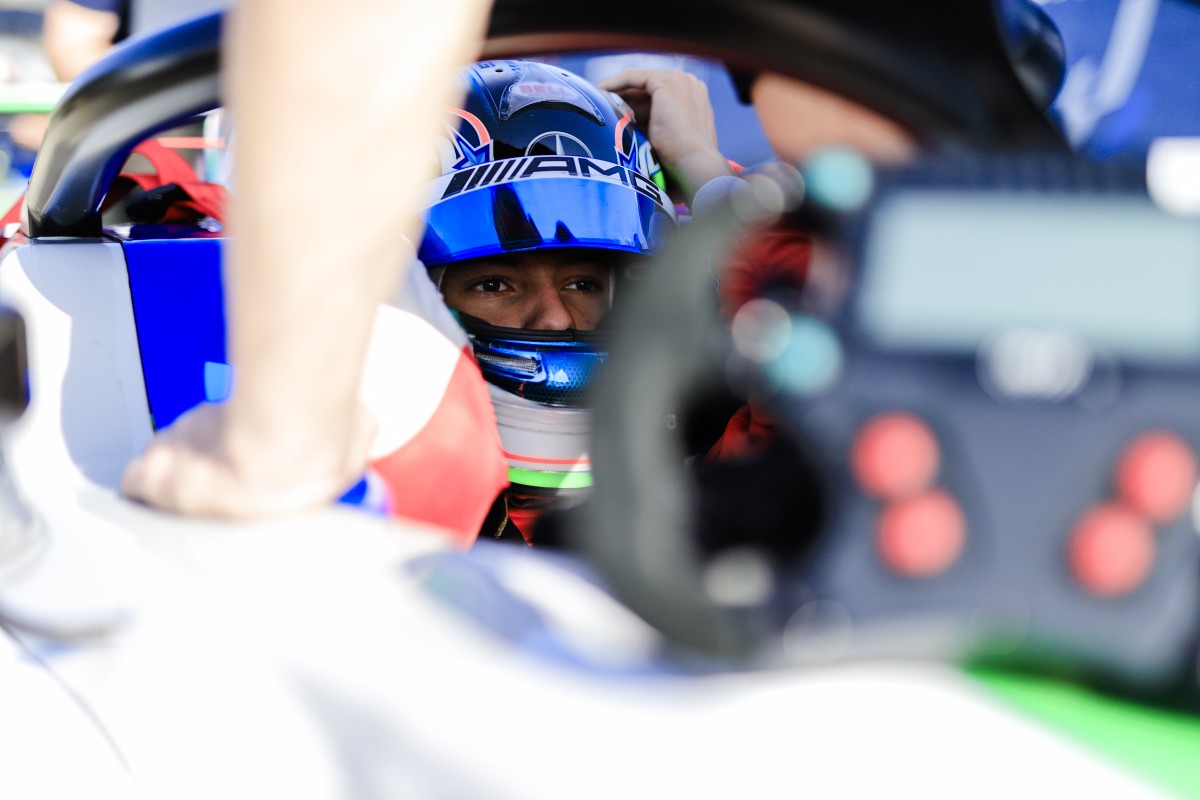 Andrea Kimi Antonelli has undergone surgery on his injured wrist as he aims to get back to testing before his planned Formula Regional debut in the United Arab Emirates next January.

Antonelli broke a scaphoid bone in his left wrist in a collision during qualifying for last month’s Motorsport Games Formula 4 Cup, in which he took the gold medal for Italy despite the pain, which he modestly describes as having “made life a bit tougher”.

Antonelli explained to Formula Scout that “the surgery went super well; they put a screw inside the wrist, because the two bones were not compact so there was a space between the two bones”.

“We decided to make the surgery just to help the recovery and also to be back on track as soon as possible. Without surgery, the recovery would take really long, and I might have not been able to race even in Abu Dhabi,” he says, adding that “the scaphoid bone I broke is a really hard bone to heal”.

With the cast off, “I can start rehab and hopefully can be back on track soon”. Antonelli is a junior driver of the Mercedes-AMG Formula 1 team, who “are helping me a lot, especially with the rehab, which is gonna be really important to be then ready when I get back in the car”.

Having claimed both the Italian and German F4 titles with Prema this year, Antonelli will stay with the team for the move up to the FIA’s Middle Eastern and European championships for FRegional in 2023.

He has not been able to get out on track since the FREC’s post-season Mugello test in October, something he admitted “was quite frustrating because basically I missed all the tests, so I missed also experience with the car”.

“But I think that with the time and especially with the UAE championship I will make enough experience to then be ready for the proper championship.”

After finishing his time in F4 with a tiring run of back-to-back-to-back race weekends, he acknowledges that “on the other hand, there was a positive because I needed a rest, [but] now I rested way too much, to be honest, because it’s been already a month, now I want to be back on track”.

Remaining testing opportunities are limited, as “in December it’s really hard to find a track”. But he adds “hopefully I’ll be ready to drive in Paul Ricard and then to do also Barcelona”, the two yet-to-be-announced pre-season tests happening next March.