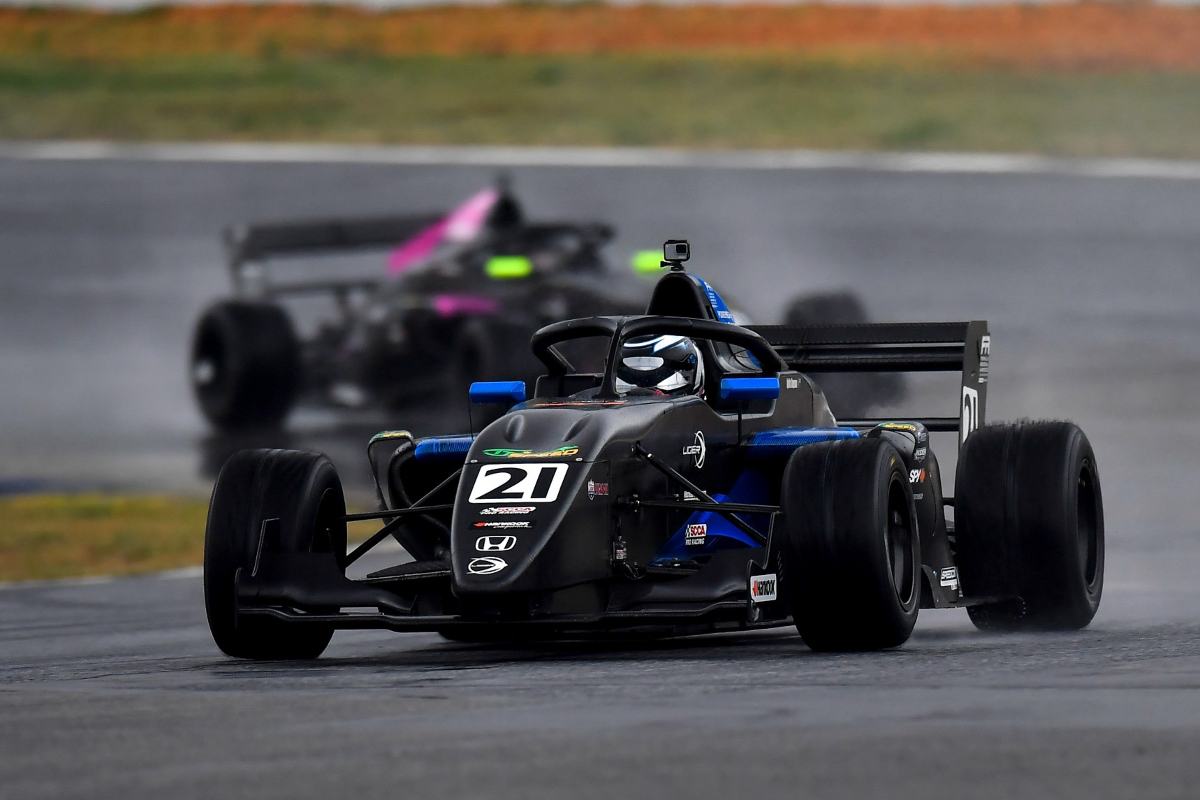 Formula Regional Americas leader Kyffin Simpson is staying open-minded about his 2022 options while he currently sits in a position where he will recieve a scholarship to enter Super Formula.

This year’s FRegional Americas champion earns a $600,000 scholarship supported by Honda to step up to SF, Japan’s professional single-seater series. Simpson is 49 points clear in the FRegional title race with six races to go.

Alongside his five FRegional wins he’s taken three podiums in Indy Pro 2000 this year. He debuted in cars in 2020, doing half-seasons in United States Formula 4 and FRegional Americas after coming eighth in the F4 Western Winter Series.

“We have not made any decisions for next year yet and we are making sure not to count our chickens before they hatch as motorsport can be incredibly unforgiving and brutal,” Simpson told Formula Scout.

“I would definitely look into going to race Super Formula but we are also making sure to consider all options for next year.”

Reigning FRegional Americas champion Linus Lundqvist graduated to Indy Lights with a scholarship from Honda, and 2018 champion Kyle Kirkwood raced in IP2000 the year after his title.

Given Simpson’s inexperience and age, it would be a bold move to step up to SF for his third year in single-seater racing.

“I am still hoping to score a couple more wins in FRegional and my maiden win in IP2000.”

He currently lies eighth in the IP2000 standings, and mathematically still in title contention with three weekends to go.

“I was not expecting anything crazy [results-wise in 2021] but I was confident in my abilities and I was prepared to put in whatever work was necessary to achieve my goals which were and are to win the FRegional championship this year and to win an at least one IP2000 race.

“I also believed that God would handle everything and help me through each weekend and keep me safe.

“I think the intense testing schedule at the beginning of this year was a big help getting used to both cars a little more and helping the team in FRegional to understand the car a little better as they are a new team.

“TJ Speed motorsports has done a great job making sure I have an amazing car to be able to challenge for the wins that I was able to score.”