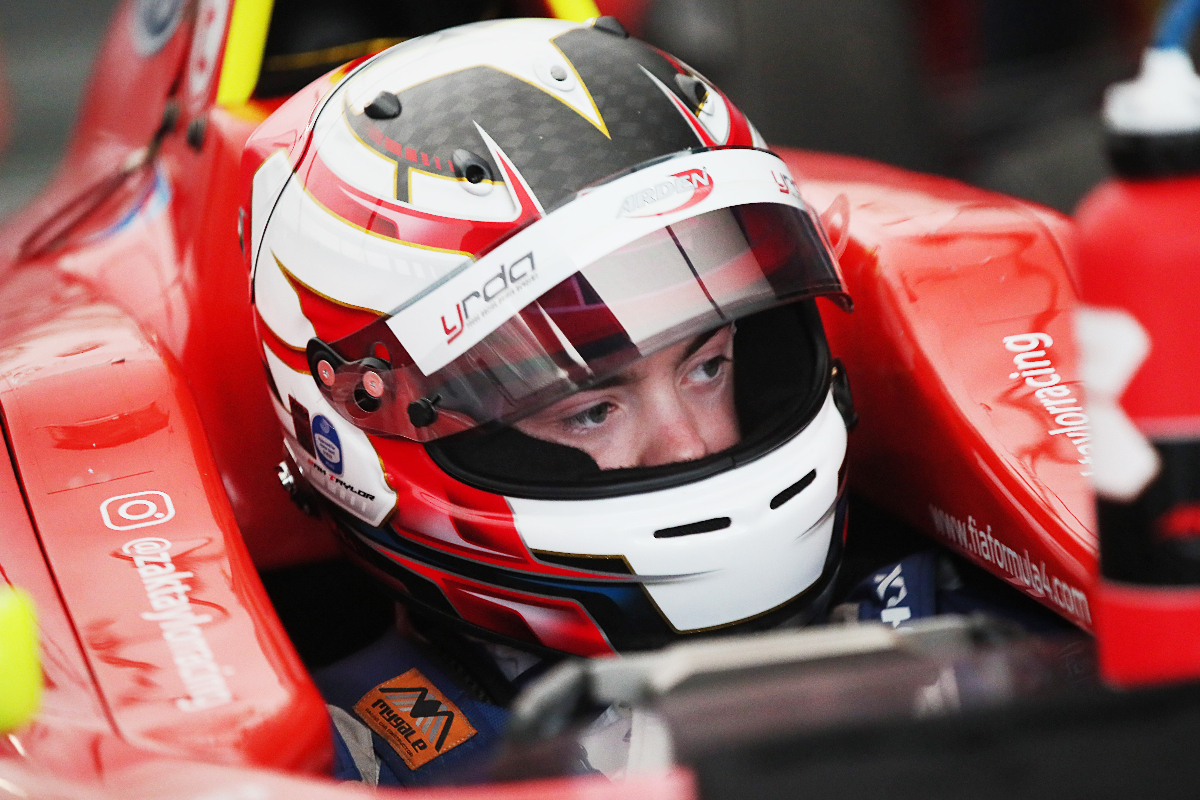 The British Formula 4 grid spent A Levels results day at Knockhill on Tuesday, preparing for the upcoming race weekend there.

There were four sessions on track for the F4 drivers, and JHR Developments’ Matthew Rees was the pacesetter in the first three.

Fog delayed the start of the day’s running, but didn’t reduce the track time and Rees went to the top in session one with a 49.772s lap. That put him a tiny 0.026 seconds ahead of Carlin’s Kai Askey, and 0.086s ahead of JHR team-mate McKenzy Cresswell. The field was tightly packed on the most part, although Arden’s David Morales was over 2.3s off the pace.

Rees improved by two tenths of a second in session two to a 49.529s, with team-mate Abbi Pulling the next fastest and 0.118s behind. Four other drivers were also within two tenths of Rees’ pace, while Fortec Motorsports’ points leader James Hedley and Richardson Racing’s sole driver Georgi Dimitrov failed to set any laps.

Both were back on track in session three, although Hedley only managed six laps, and Rees went faster again. Joel Granfors put Fortec in second place with a lap just 0.007s slower, while JHR’s Joseph Loake was third and 0.107s behind.

Rees’ day of gains stopped in the final session, going only fourth fastest and not improving on his earlier pace. The top two in the session did though, with Arden’s Zak Taylor taking the overall top spot from Rees by a miniscule 0.004s.

Argenti Motorsport’s Matias Zagazeta was 0.026s slower than Taylor, and that put him fourth overall ahead of Pulling who completed a top five covered by less than half of a tenth of a second.