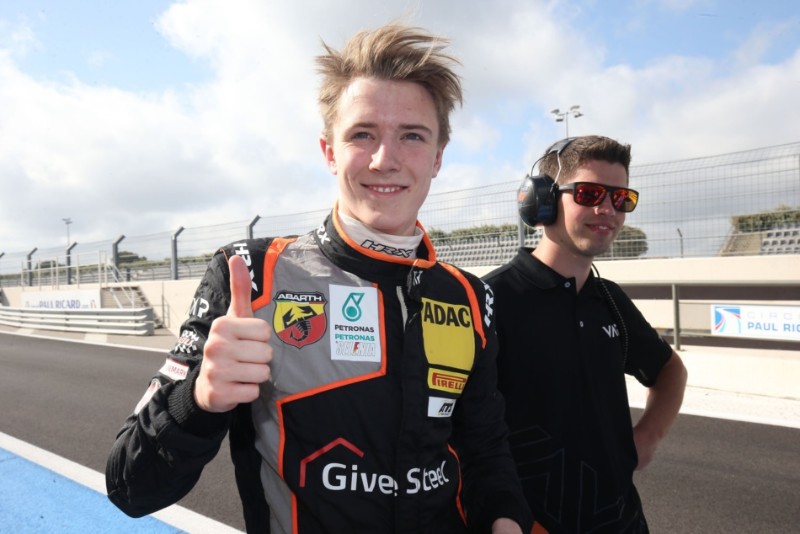 The Dane inherited the race lead after poleman Olli Caldwell span early in the race. Vesti then pulled away from the rest of the field as Leonardo Lorandi struggled to maintain second position.

Enzo Fittipaldi eventually found a way past title rival Lorandi in the second half of the race after starting fifth, and began to close the gap to Vesti. With a series of fastest laps, the championship leader was able to get within 1.2s of Vesti before the red flag was brought out due to the worsening conditions.

Vesti?s victory in just his second race of the championship moves him up to fifth in the drivers? standings.

Lorandi continued to fall backwards as he struggled with the wet condition, allowing Giorgio Carrara to pick up the final podium position, ahead of Gianluca Petecof and Charles Weerts.

A number of drivers span throughout the race, but quick thinking meant most were able to avoid collisions, even when being spat into the paths of other drivers. Ian Rodriguez was one of the few casualties. The DRZ Benelli driver was pushing hard for a way past Lorandi as the pair battled for sixth, when he span on the final lap and was sent into the tyre barriers.

With the red flag coming out moments later, he was classified seventh, ahead of Caldwell, who enjoyed an impressive recovery drive. Gregoire Saucy and Jack Doohan completed the top 10.

Fittipaldi now leads the championship by 14 points over Lorandi, with Caldwell and Petecof in third and fourth ahead of Vesti.