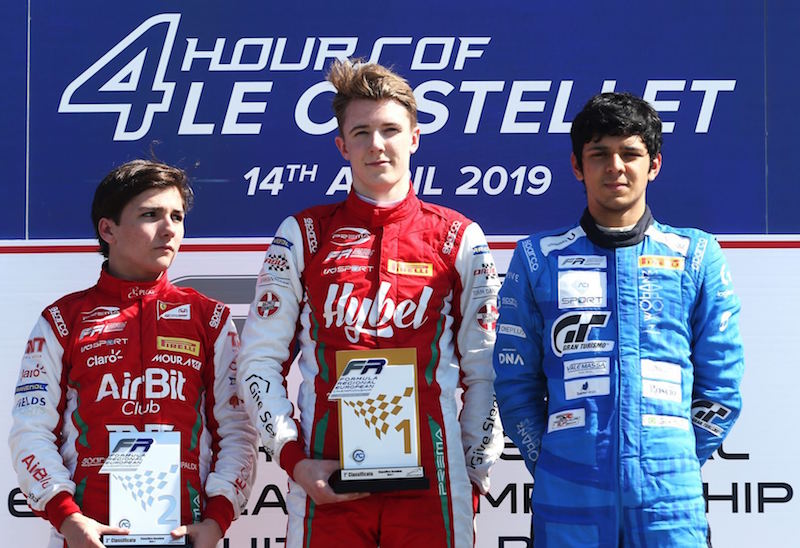 Fittipaldi and Caldwell started on the front row of the grid. Both made a strong get away but, as they battled for position, Fittipaldi ran wide in the chicane on the Mistral straight.

As he rejoined the track, he and Caldwell both moved off the racing line allowing Vesti and Igor Fraga past and leaving Caldwell to battle with Schumacher.

From that point on, Vesti was unstoppable, finishing more than 2.5s ahead of the rest of the field.

Fittipaldi caught Fraga in the closing stages of the race, managing to break through on the penultimate lap as the DR Formula driver struggled with tyre wear. He tried to catch his team-mate but could only dent Vesti?s advantage and had to settle for second.

Schumacher managed to pass Caldwell, but spent most of the race with the Prema driver on his tail. He defended well, allowing Raul Guzman to join the fight, but Caldwell was able to find a way past on lap five.

Guzman tried to bring the fight to Schumacher, but the US Racing driver was maintaining a small gap until he ran slightly wide. As he rejoined the circuit, he came close to contact with Guzman, a move which was later investigated and his team boss called to race control.

He crossed the line fifth, six seconds behind Caldwell, and ahead of Guzman, Isac Blomqvist, and Konsta Lappalainen.