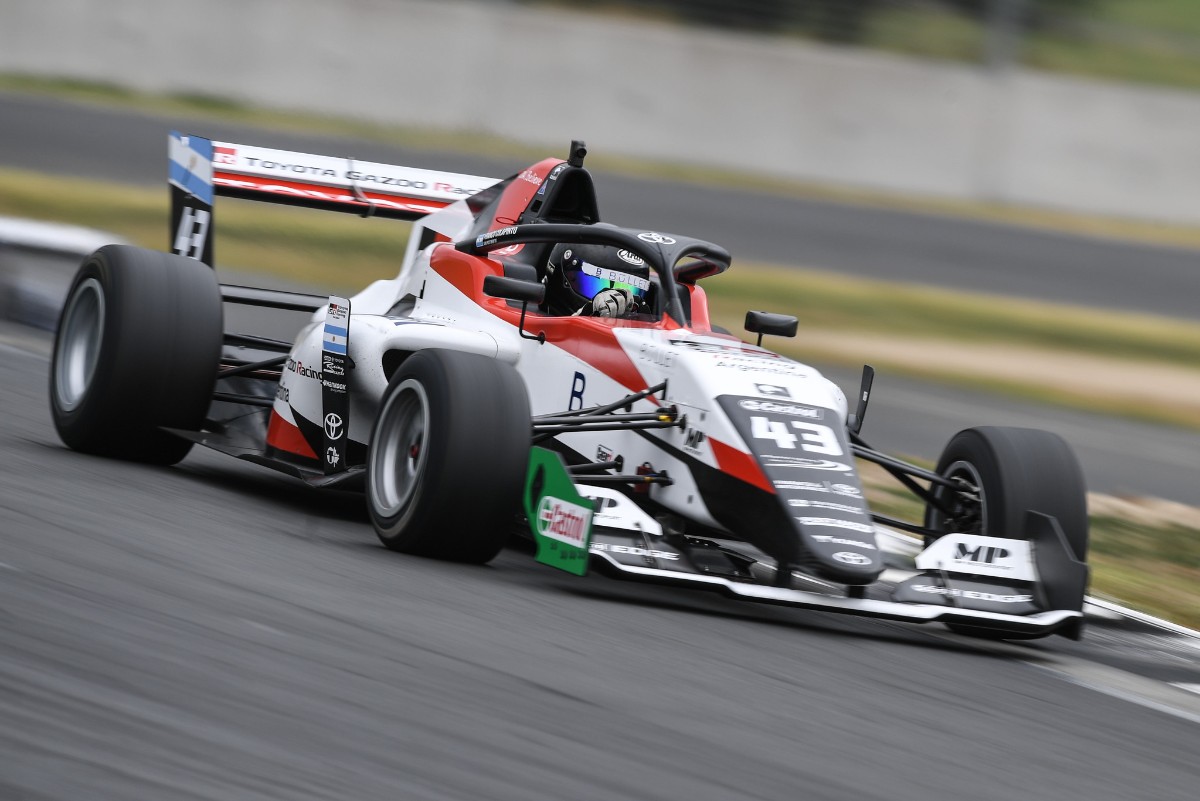 Times rarely improved at all late into the 30-minute session, so the Argentinian’s 1m01.238s set with seven minutes to go remained at the top of the timesheet until the chequered flag.

Behind Colapinto was his debuting team-mate Tijmen van der Helm ? a rival in Spanish Formula 4 last year – some 0.114s back. He leapt up the order with a few minutes remaining.

For reigning champion and series leader Lawson, the session was a difficult one. The M2 Competition driver spent much of the session towards the bottom of the timings, slipping to last at one point.

He found a little bit of speed towards the end, but was 17th fastest out of 18 ? only ahead of Kiwi’s Axel Gnos, who hit trouble and caused a lengthy red flag interruption.

In third place was MTEC Motorsport by R-ace GP?s Caio Collet ? who was towards the top for much of the session.

He headed Giles Motorsport’s Gregoire Saucy and Lirim Zendeli, and M2’s Igor Fraga – who was fast early on but slipped down to sixth by the conclusion of the session.

Car racing rookie Emilien Denner, who took victory for M2 at Teretonga, was the only driver to improve very late on ? with his penultimate lap taking him up to 12th place.