He won’t be 17 until December, but Matthieu Vaxiviere has already claimed a single-seater title in France and is set to hit the European scene next year with his country behind him…

After karting, Vaxiviere competed in some races of the Andros Trophy ice-racing series, before making his circuit racing car debut in the Mitjet Series in 2010. Despite his inexperience with the motorcycle-engine-powered cars, he finished ninth overall in the final standings.

2011 saw him move on to the French F4 Championship, a baby brother to Formula Renault, which runs together with the well-established Auto Sport Academy. The Academy is run by the French federation, FFSA, and has produced some of its best racing drivers of recent times, such as Sebastien Bourdais and Franck Montagny.

He began the season with a podium finish at Ledenon, and scored another at Nogaro. His defining moment of the year came next time out on the historic streets of Pau though, where he scored a double race win. A further win came at Val de Vienne, before a run of podiums to close the season and seal the title.

A step up to Formula Renault 2.0 and the Eurocup is the aim for Vaxiviere in 2012, and he has already tested with the Tech 1 team at Barcelona recently. If he’s looking for a benchmark, last year’s F4 champion Stoffel Vandoorne was fifth in this year’s Eurocup.

Talent rating: His performances at a higher level next year will go some way to defining his ability and potential, but for now, winning the F4 Championship in his first season of single-seaters proves he is one to watch in the coming years. 7/10

Chances of getting to F1: Again, much will depend on how he does in the next year or two, but he will likely enjoy the support of the FFSA and at just 16 he certainly has time on his side. 7/10 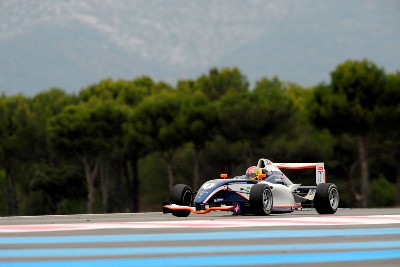 Weekend Roundup: Three out of four for Rowland at Snetterton