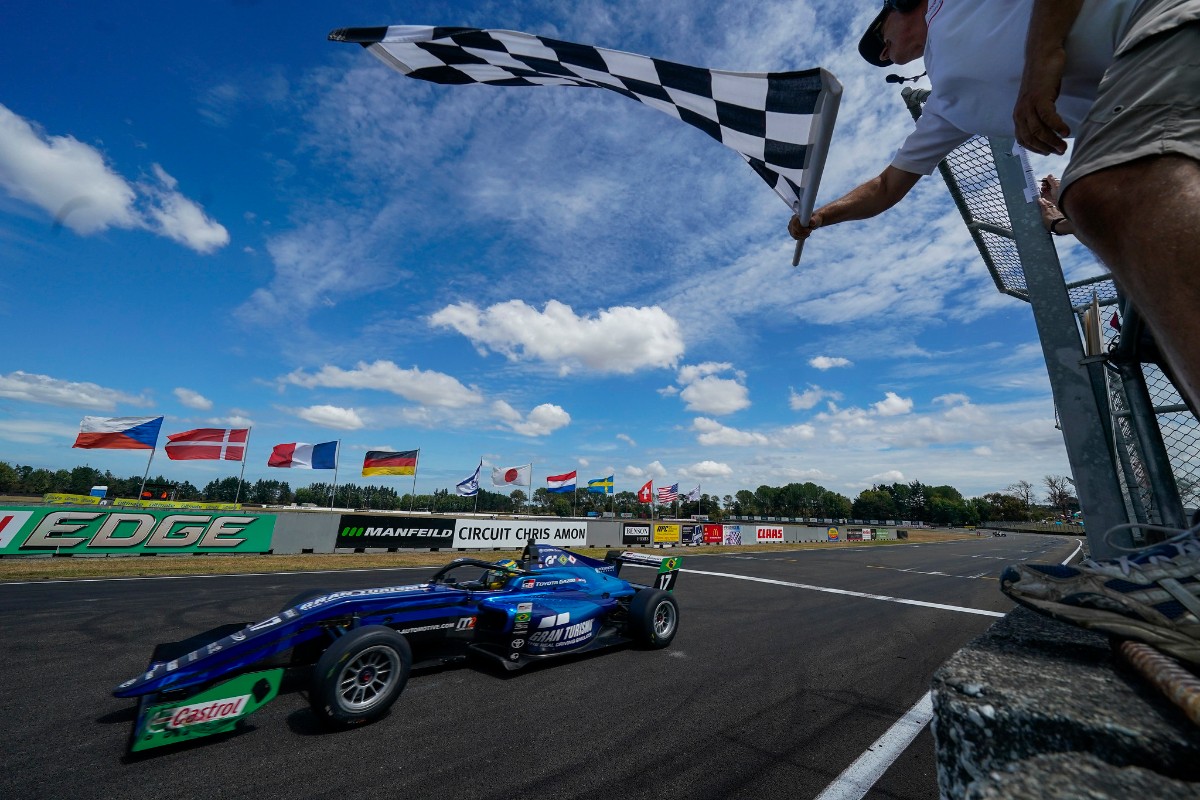 The Brazilian led from lights-to-flag in the season finale, managing three safety car restarts and holding off his M2 Competition team-mate to take victory.

Lawson pushed Fraga the majority of the race, managing to stay with the race leader after every restart, but a small mistake as he tried to pass Fraga around the outside of turn one forced him wide.

Fraga was able to escape up the road as Lawson fell back into a battle with Caio Collet and Franco Colapinto. He was able to hold the pair at bay, but he hit the rev limitor with five laps to go and it enabled Kiwi Motorsport’s Colapinto past.

Lawson recover but couldn’t retake the position, and spent the final laps of the race defending third from MTEC Motorsport by R-ace GP’s Collet.

Colapinto began to close the two second gap to Fraga once in clean air, but could not threaten the leader. Third place for Lawson meant his two-point advantage became a six-point deficit at season’s end and denial of a second straight title.

Collet settled for fourth, ahead of the battling Petr Ptacek (MTEC) and Yuki Tsunoda (M2). The Giles Motorsport car of Gregoire Saucy was also in that fight at first, before contract from a Tsunoda pass led to the Swiss driver losing places.

Tsunoda had charged up the order after recieving a six-place grid penalty for making a practice start earlier in the weekend. Saucy finished ninth, behind Kiwi’s Spike Kohlbecker and MTEC’s Jackson Walls.

Three safety car periods disrupted running throughout the race. The first came just two laps into the 35-lap race, when Giles’ Henning Enqvist ran into the barriers after a wide moment.

The final two came in quick succession in the second half of the race. M2’s Emilien Denner caused the first incident after spinning into the gravel on, before reverse grid race winner Tijmen van der Helm ran into the barriers at the first corner on the restart.

Kenny Smith, 78, celebrated his 49th New Zealand GP entry with 15th place after starting from the pitlane due to crashing in qualifying.