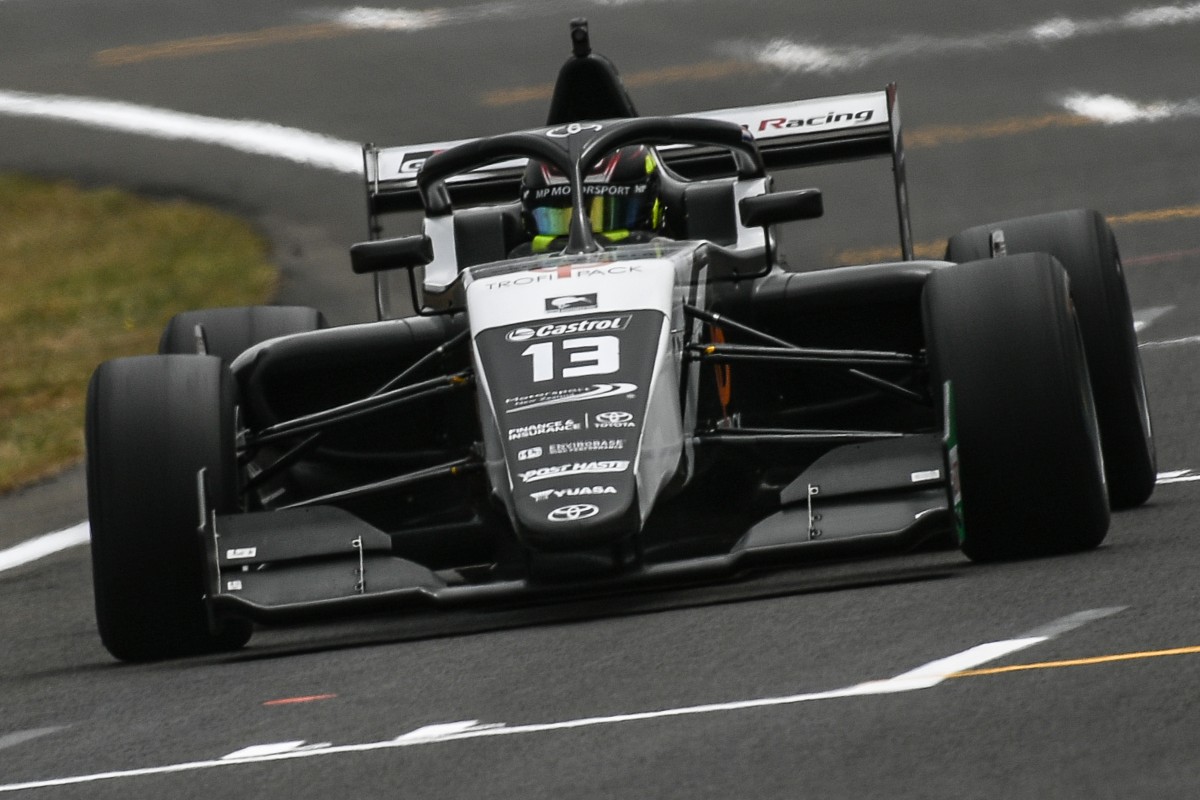 Title protagonists Liam Lawson and Igor Fraga will head into the season-ending New Zealand Grand Prix separated by two points at the top of the standings after clashing in the penultimate race.

The pair started from seventh and eighth and made contact on the pit straight, but remarkably neither showed a dramatic loss of pace or damage from the incident as Fraga moved ahead.

Lawson would spend the rest of the race close behind his M2 Competition team-mate, while Fraga tried to make up positions and put a car between himself and Lawson.

The Brazilian picked his way up through the order efficiently, but Lawson followed him past each driver to keep the pressure on his rival.

It wasn?t until the closing stages of the race, with Fraga running fourth, that he was given breathing room from the points leader.

Lawson fell back into a battle with MTEC Motorsport by R-ace GP’s Caio Collet, allowing Fraga to hassle Collet’s team-mate Petr Ptacek for third unbothered from behind.

At the front of the field van der Helm enjoyed a fantastic start to move into second off the line, before taking the race lead from reversed grid poleman Lucas Petersson (MTEC) before the end of the opening lap.

As Petersson fell back into a battle with Ptacek, van der Helm was steadily able to build an advantage.

Though his Kiwi team-mate Franco Colapinto began to eat into his lead in the closing stages of the race, he was too far back to challenge, finishing 1.740 seconds behind. Ptacek claimed third, ahead of Fraga, Lawson, and Collet.

Kenny Smith, who will make his 49th New Zealand GP start in race three, had a misfiring engine and failed to finish.