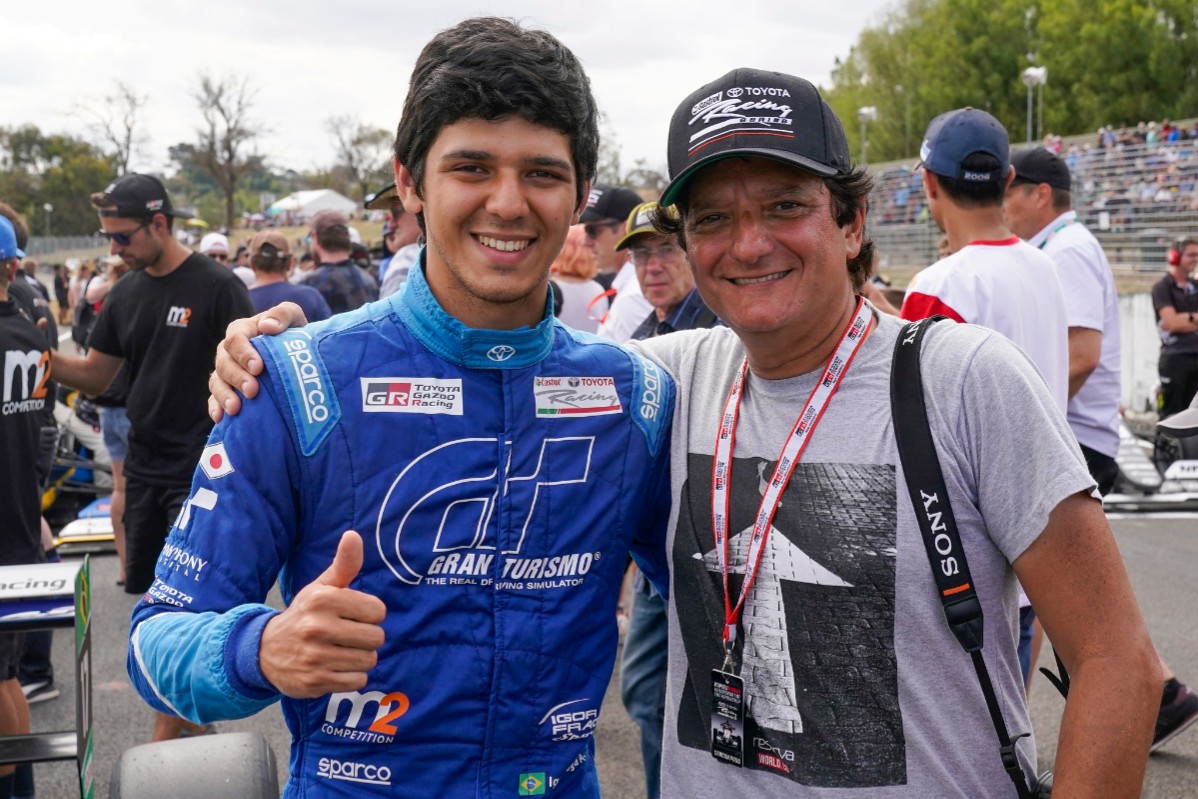 The 21-year-old led the season-ending race from start to finish, despite some heavy pressure from M2 Competition team-mate Liam Lawson, and became the first Brazilian winner of the grand prix since his mentor Roberto Moreno won in 1982.

It is also Fraga’s first outright title in single-seaters, having been a class champion in Brazilian Formula 3 in 2017.

He followed that success with a year in USF2000, during which he lived in Moreno’s house, and then a breakout season in Formula Regional European Championship with DR Formula by RP Motorsport where he won four races.

“I’m just speechless. After finishing the race I just could not believe it,” said Fraga.

“I would simply like to thank everyone that has been supporting me. Obviously my parents, they have been there with me since I was a little kid. It’s been a long way to here and I’ve found the support of many people [on the way] which has made me get to here and I’m just so thankful for all of them.”

“It’s still unbelievable. I’m very very happy. It’s something really special. Also thanks to all the M2 Competition guys. They have been working really, really hard to deliver a very competitive car.”