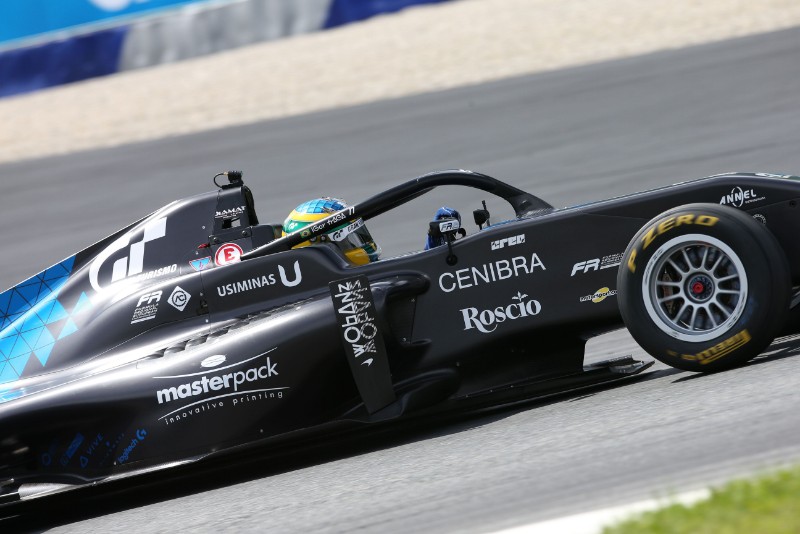 DR Formula by RP Motorsport’s Fraga made a better start than poleman Frederik Vesti and moved past the Prema driver before Turn 1. Vesti reclaimed the lead on lap three of 20, but Fraga was back ahead a lap later and he kept that position to the chequered flag.

Besides Prema team-mates Vesti and Enzo Fittipaldi trading second place on the account of the other being boxed in while attempting a move on Fraga, there was no overtaking in the race by anyone other than Sophia Floersch.

Qualifying problems meant the Van Amersfoort Racing driver had to start from last, but she was in the points by the end of the first lap and rose up to finish fifth behind Fraga’s team-mate Raul Guzman.

The top five in the race ran pretty much line astern for the duration, with 16-year-old Matteo Nannini holding fourth and hassling the Prema drivers until a last lap problem dropped him to 11th.