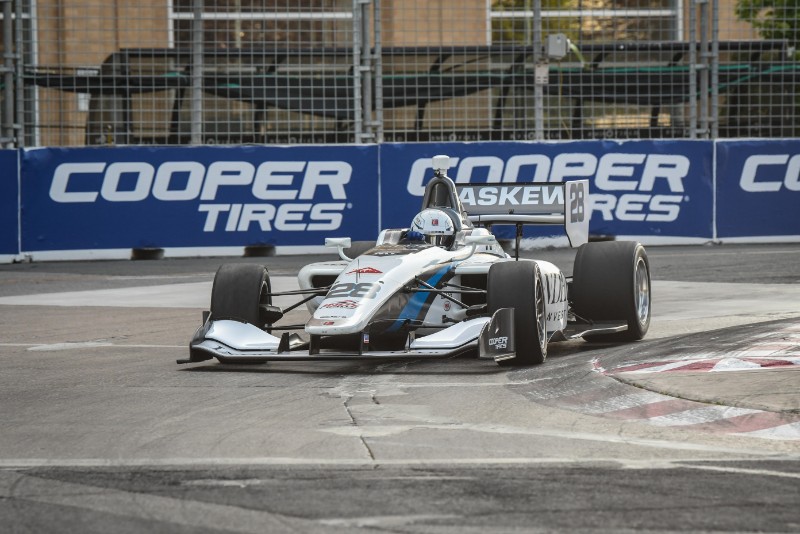 Indy Lights championship leader Oliver Askew grabbed pole position for the fourth time this season for the second race of the weekend in Toronto.

The Andretti Autosport driver’s 1m05.0940s lap wasn’t as quick as Aaron Telitz’s pole position lap for the first race, but was good enough to give him the front spot on the grid for today’s race.

Askew’s title rival and Juncos Racing driver Rinus VeeKay was able to improve on his final lap and will line up on the front row alongside Askew.

Telitz had to come into the pits with five minutes to go in the 30-minute qualifying session for a new front nose cone after a minor spin on the track. The Belardi Auto Racing driver was able to improve his lap at the end and will start in third position, alongside VeeKay’s team-mate Dalton Kellett.

The joint BN Racing and Team Pelfrey entry of Toby Sowery and Andretti’s Robert Megennis make up the third row of the grid, with Sowery’s BN team-mate David Malukas qualifying seventh after having his running during the session restricted to 15 laps.