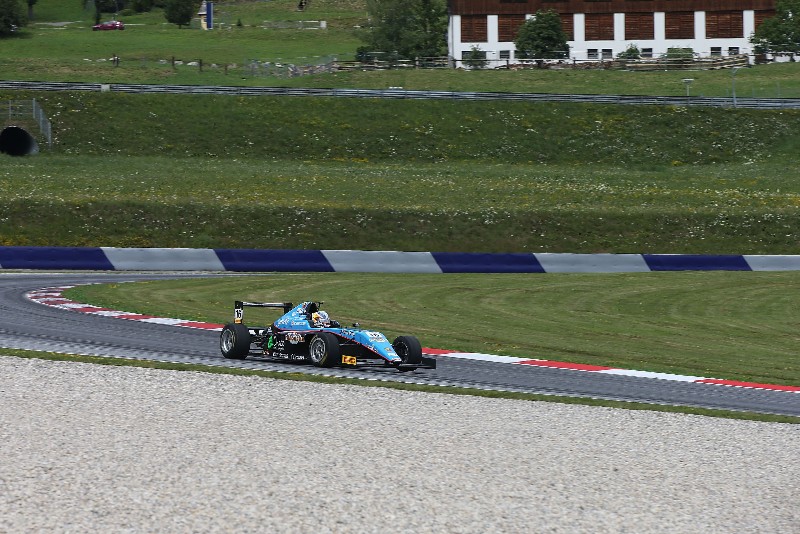 Carrara, who made a cameo appearance in FIA Formula 3 at the circuit two weeks ago, jumped polesitting Sauber junior Roman Stanek on the run to Turn 1 on the opening lap.

He held the lead through to the chequered flag, despite consistent pressure from Red Bull junior Dennis Hauger, who rose from fifth on the grid to finish just three tenths off victory.

Mercedes junior Paul Aron started and finished in third, bringing him up to third in the standings. He didn’t have the pace to match top two but fended off a late advance from Prema team-mate?Gianluca Petecof, whose lead over Hauger has been cut to four points.

Ferrari Driver Academy star Petecof came from eighth on the grid to finish in fourth, beating US Racing’s Stanek.

William Alatalo made it a trio of points finishes at the Red Bull Ring with sixth, ahead of Prema’s?Alessandro Famularo, and his own Mucke Motorsport team-mate Joshua Durksen. Rounding out the top 10 was R-ace GP’s Gregoire Saucy and SMP Racing junior?Mikhael Belov.