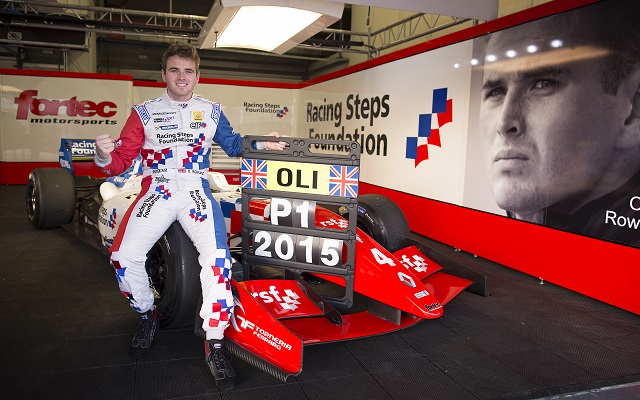 Formula Renault 3.5 champion Oliver Rowland scored a record eighth win of the season with a commanding drive in damp conditions in the penultimate race of the campaign at Jerez.

Rowland sat second behind polesitter Tom Dillmann in the early stages after a safety car start but clearly had the stronger pace and swept past the Frenchman into Turn 5 to take the lead.

Egor Orudzhev followed Rowland past a few corners later and Dillmann then slowed properly with a puncture.

Once in clean air, Rowland quickly pulled away from Orudzhev and finished up 10 seconds in the clear as he bettered Carlos Sainz’s record for the number of wins in a season.

Jazeman Jaafar had been ahead of the Frenchman at the start but lacked the pace to keep up with the leaders and was shuffled back to sixth by the end behind a punchy Nyck de Vries and Tio Ellinas.

From 12th on the grid after a qualifying off, Dean Stoneman made strong early progress to get up to seventh but opted to pit and gamble on a switch to slicks as the track dried.

He was able to set consecutive fastest laps late in the race but finished down in 13th, not helped by a spin.

That has cost Stoneman in the battle for third in the standings, with de Vries now five points ahead. Orudzhev and Ellinas are eight and 12 points respectively behind the Dutch youngster.

Yu Kanamaru was on course for seventh but slowed in the closing stages to fall to 10th behind Nicholas Latifi, Andre Negrao and Roy Nissany.