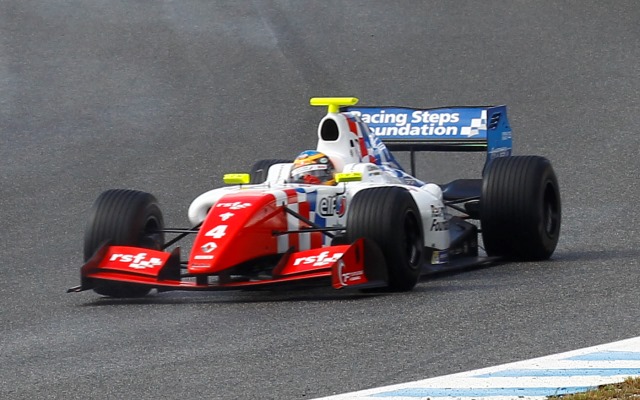 Formula Renault 3.5 champion Oliver Rowland has put himself in position to end the season with a first double victory after snatching pole for the final race at Jerez.

The Briton took top spot with about 15 seconds remaining, going nearly half a second quicker than de Vries on a wet but drying track.

De Vries took third, the same position he is trying to hold onto in the standings.

He will start ahead of his five rivals for that place, including Egor Orudzhev who qualified fourth but is only eight points behind de Vries after recent strong form.

Alfonso Celis surprisingly led much of the session and ended up fifth ahead of Tio Ellinas, Nicholas Latifi and Tom Dillmann.

Dean Stoneman‘s chances of overhauling the five-point deficit he has to DAMS team-mate de Vries are now slim after he qualified in ninth, ahead of Gustav Malja.