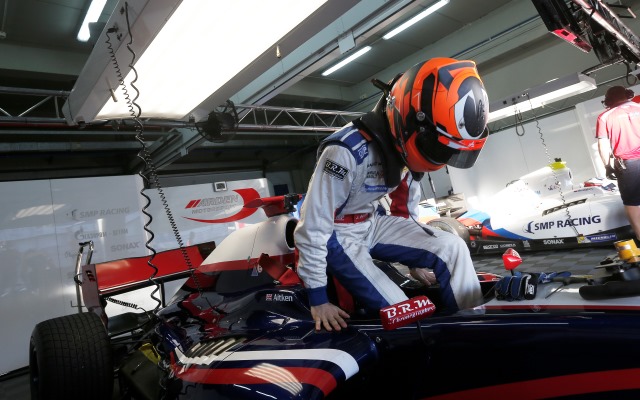 The second test for the renamed Formula 3.5 V8 series at Motorland Aragon this week begins with a day dominated by Formula Renault 2.0 drivers.

The annual rookie test has continued into the post-Renault era with 10 top FR2.0 drivers invited by the French marque to take part on Wednesday, one with each of the teams that will be in action.

The other two drivers from this year’s Eurocup top six, Ben Barnicoat and Anthoine Hubert, will test for Carlin and Tech 1 respectively.

Ukyo Sasahara, seventh in the Eurocup and third in NEC this year, will run for Comtec with Thiago Vivacqua, third in Alps, in action with AVF.

Dan Wells, the Asian Formula Renault champion, gets a test with the Spirit of Race squad.

Newly-crowned Euroformula Open champion Vitor Baptista will test for Lotus next to Jorg.

RP Motorsport, the team Baptista raced for in Euroformula, will step up to F3.5V8 next year but has not made the Aragon test, and neither has the also-new Teo Martin Motorsport squad.

Hughes is paired at Strakka with 16-year-old Red Bull Junior Callum Ilott, who was European karting champion for Strakka Zanardi Racing last year before stepping up to Formula 3.

With invites only valid for the morning session, Vivacqua shares his AVF seat with the experienced Tom Dillmann, who raced for Carlin this year.

Alfonso Celis, who last week became the first driver confirmed for the 2016 season, occupies the team’s other car.

2015 Tech 1 racer Aurelien Panis?remains with the team alongside Hubert, who raced for the French squad in FR2.0.

Both Spirit of Race cars will change hands in the middle of the day, with Vladimir Atoev and Nikita Zlobin – the SMP-backed pair who tested for Carlin at Jerez – taking over from Wells and 2015 runner-up Matthieu Vaxiviere, who gave the team its debut at the first test.

Spirit of Race has been set up by Amato Ferrari, who has had close ties to SMP in GT racing.

Joining Barnicoat at Carlin is fellow Briton Dean Stoneman, who raced for the departed DAMS team this year, has tested for Carlin in the past and made his GP2 debut with the team in Sochi last month.

As at Jerez, Isaakyan is paired at Pons by its Japanese racer Yu Kanamaru, while Sasahara is at present the only driver listed for Comtec.