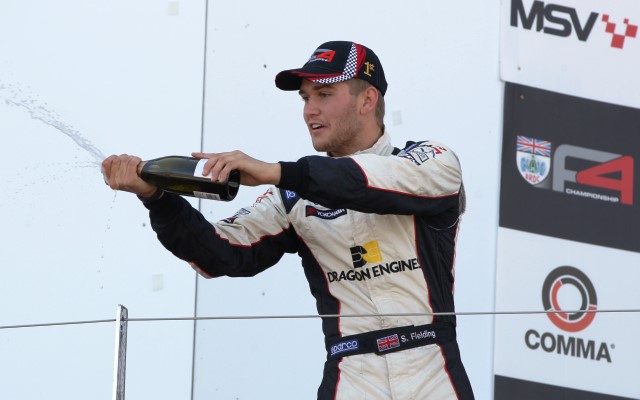 Sennan Fielding will return to BRDC Formula 4 and the HHC Motorsport team for the upcoming Autumn Trophy and the debut of the championship’s new car.

Fielding finished fourth in BRDC F4 in 2014 racing for HHC, having joined the team for the previous year’s Winter Championship following a partial season with Douglas Motorsport.

This year he switched to the new MSA Formula series and was again fourth in the standings.

He returns to BRDC F4 for the introduction of the new Tatuus-Cosworth car in this weekend’s opening round of the Autumn Trophy at Snetterton.

The chassis is based on the Tatuus FIA F4 car that Fielding contested two rounds of the Italian series with a year ago, picking up a race win.

“I’m really looking forward to being back in the BRDC Formula 4 Championship, especially with the new car which has shown great pace in testing,” said Fielding, who turns 20 next weekend.

“I’m sure, as always in the championship, that the racing will be brilliant and hopefully myself and HHC Motorsport can be fighting right at the very front and challenging for the Autumn Trophy title.”

HHC team boss Charlie Kemp added: “We are absolutely delighted with Sennan returning to the team. It is a testament to the new-for-2016 car that drivers are returning to the championship to sample it and we are sure Sennan will do a great job.”

Fielding is the second driver to be announced by HHC for the Autumn Trophy, with Sisa Ngebulana remaining with his main season team.